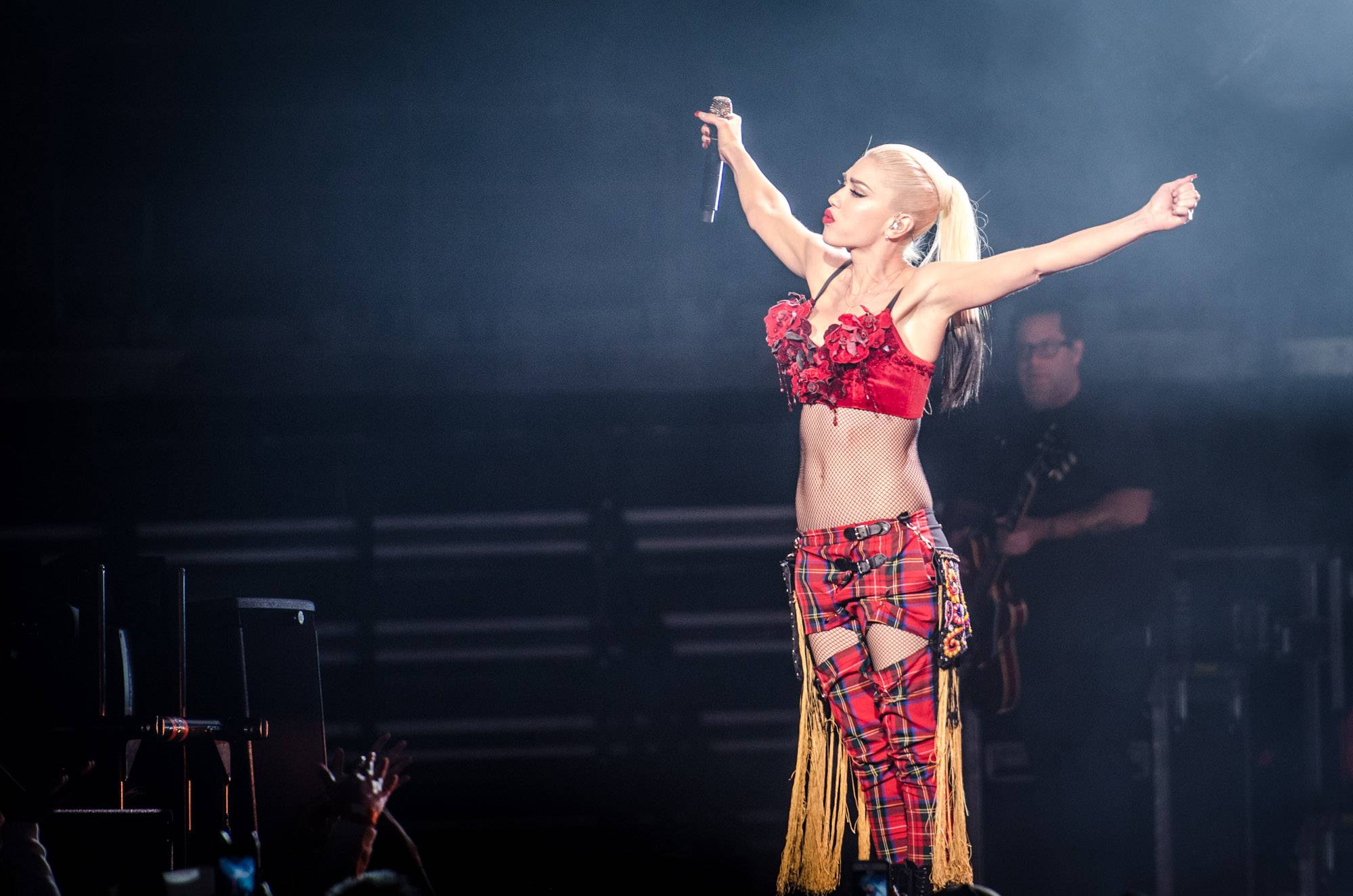 Gwen StefaniÂ wrapping up her current tourÂ for her third solo album, This is What the Truth Feels Like, in Vancouver.Â The No Doubt frontwoman kicked off the tour in Massachusetts July 12Â after release the album in March.Â It’s her first since the 2006 record The Sweet Escape.

Songs from the new album include “Used to Love You” (written by Stefani, Justin Tranter, Julia Michaels, Jonathan “J.R.” Rotem and Teal Douville, and produced by Rotem) and “Make Me Like You” (Stefani, Tranter, Michaels, and its producers Mattman & Robin).

According to Wikipedia, What the Truth Feels Like “debuted at number one on the Billboard 200 with 84,000 album-equivalent units sold in its first week, earning Stefani her first number-one album on the chart as a solo artist.”

Eve opened the show. The rapper guested on Stefani’s 2001 singles “Let Me Blow Ya Mind” and “Rich Girl”.