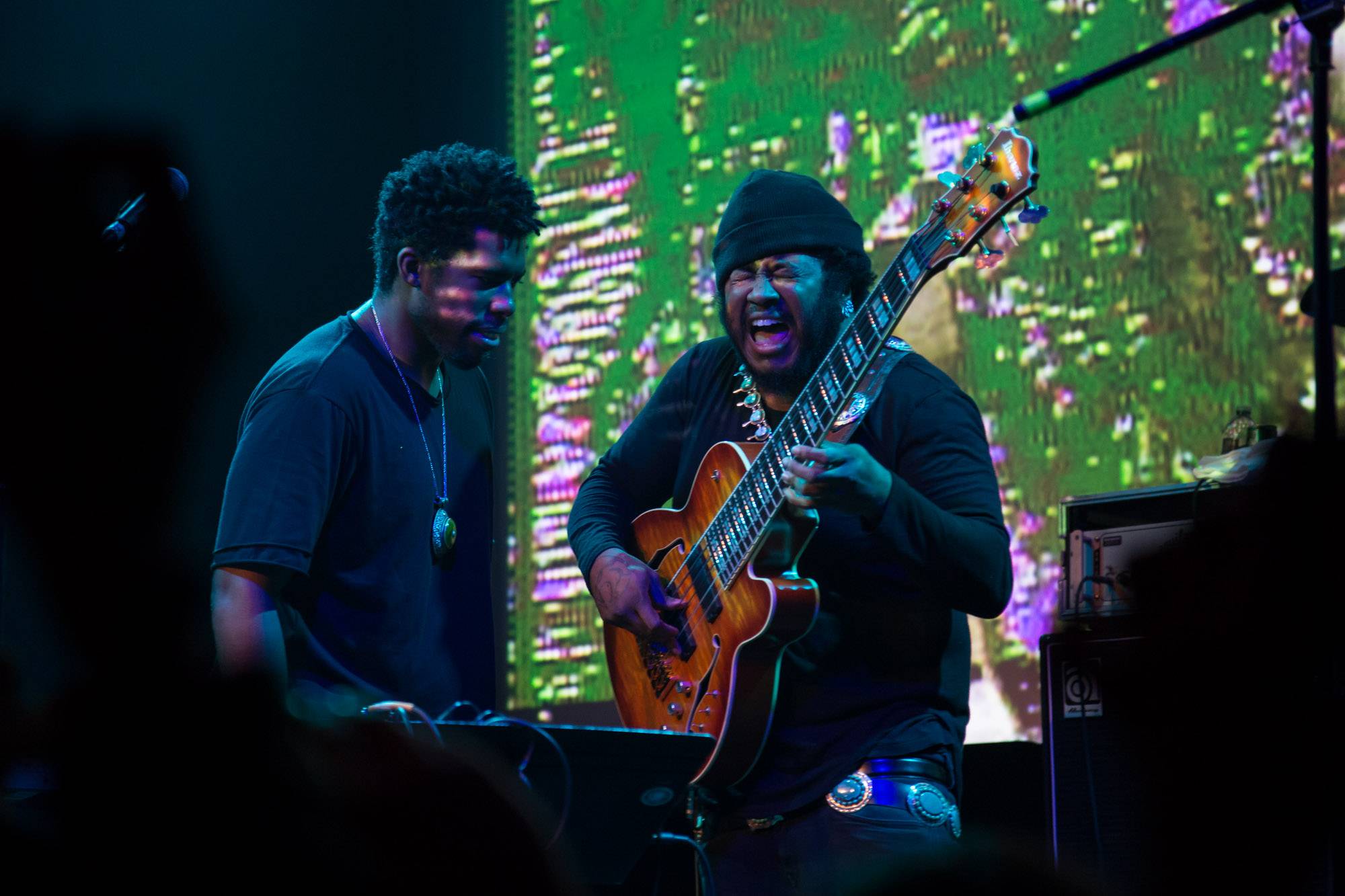 Review and photos–Thundercat at the Imperial, Vancouver, June 18 2016

Thundercat at the Imperial, Vancouver, as part of Levitation Vancouver. The show was sold-out.

Shabazz Palaces and Charlotte Day Wilson were also on the bill. The Dada Plan and Nina Mendoza opened.

Shabazz Palaces were the standout act of the evening. The Seattle act translated their unique brand of left-field hip-hop into a captivating performance. 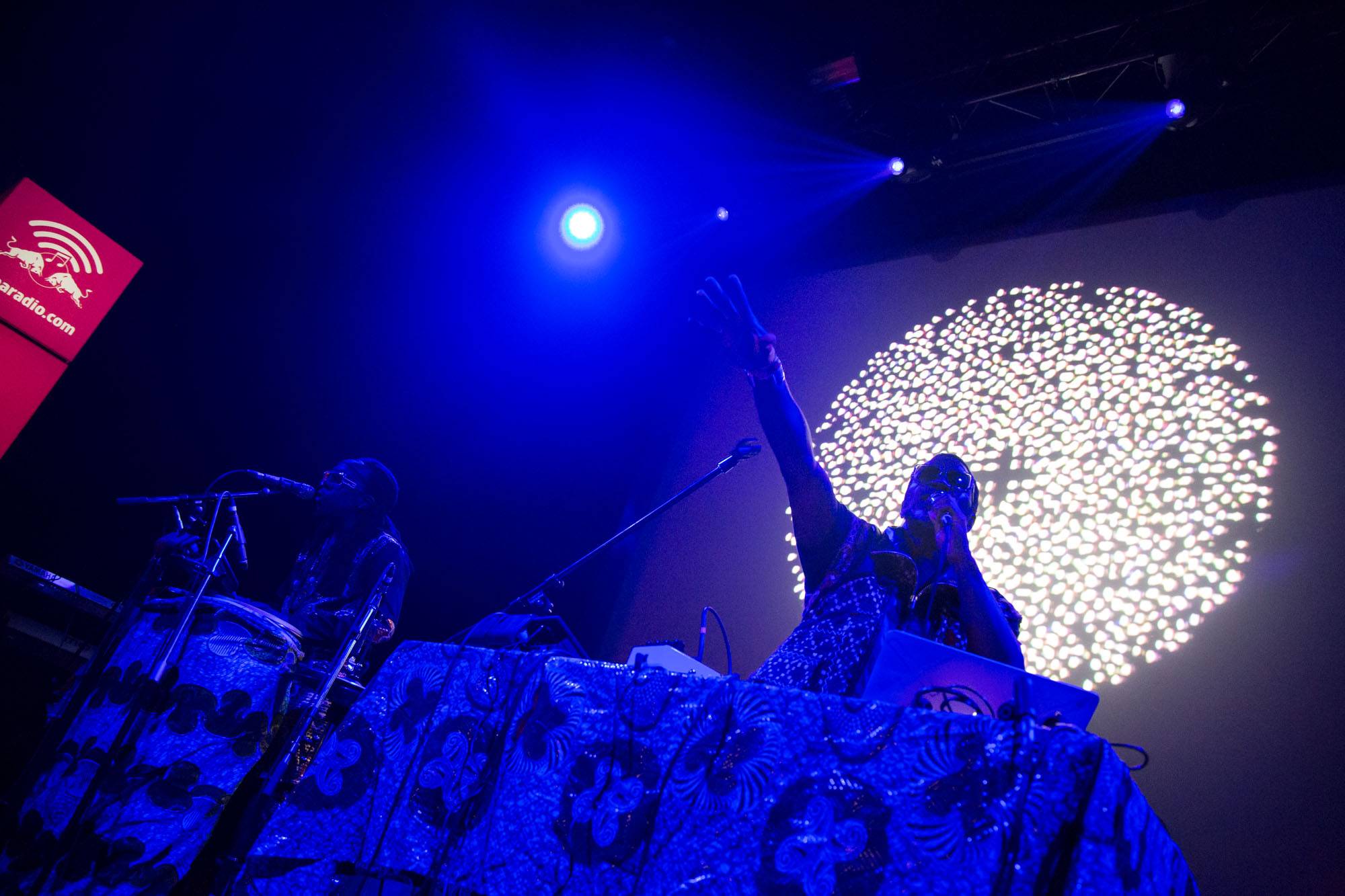 The duo of Ishmael Butler (formerly of the Digable Planets) and Tendai Maraire have released two EPs and two albums since 2009.They mix African percussion, abstract beats and samples to form a spacey vibe over which Butler lays dense, intricate lyrics. Songs splinter off into multiple parts, threatening to disintegrate into chaos at any second, yet somehow manage to stay engaging and interesting. Its a mood that’s hard to describe, but its never boring.

On Saturday night, Butler was a commanding stage presence, dancing and delivering his rhymes with the air of someone clearly enjoying himself. He would loop and chop up snippets of his vocals, and layer them on top of each other to accentuate the minimal beats. Even his more traditional rhymes were often drenched in reverb and delay, rending the vocals into something else entirely.

Maraire stayed busy behind an array of electronics and percussion instruments, providing a more melodic counterpart to the hard hitting beats Butler was conjuring up. They played an array of cuts from their debut Black Up as well as their follow-up Lese Majesty.

Halfway through Shabazz’ set, Steven Ellison (aka Flying Lotus) came dancing onstage to give props to Butler and Maraire. Hugs were exchanged and there were smiles all around. The natural camaraderie between them was obvious and it was exciting to see these like-minded musicians showing some love. I would love to see a collaboration between them sometime in the future. 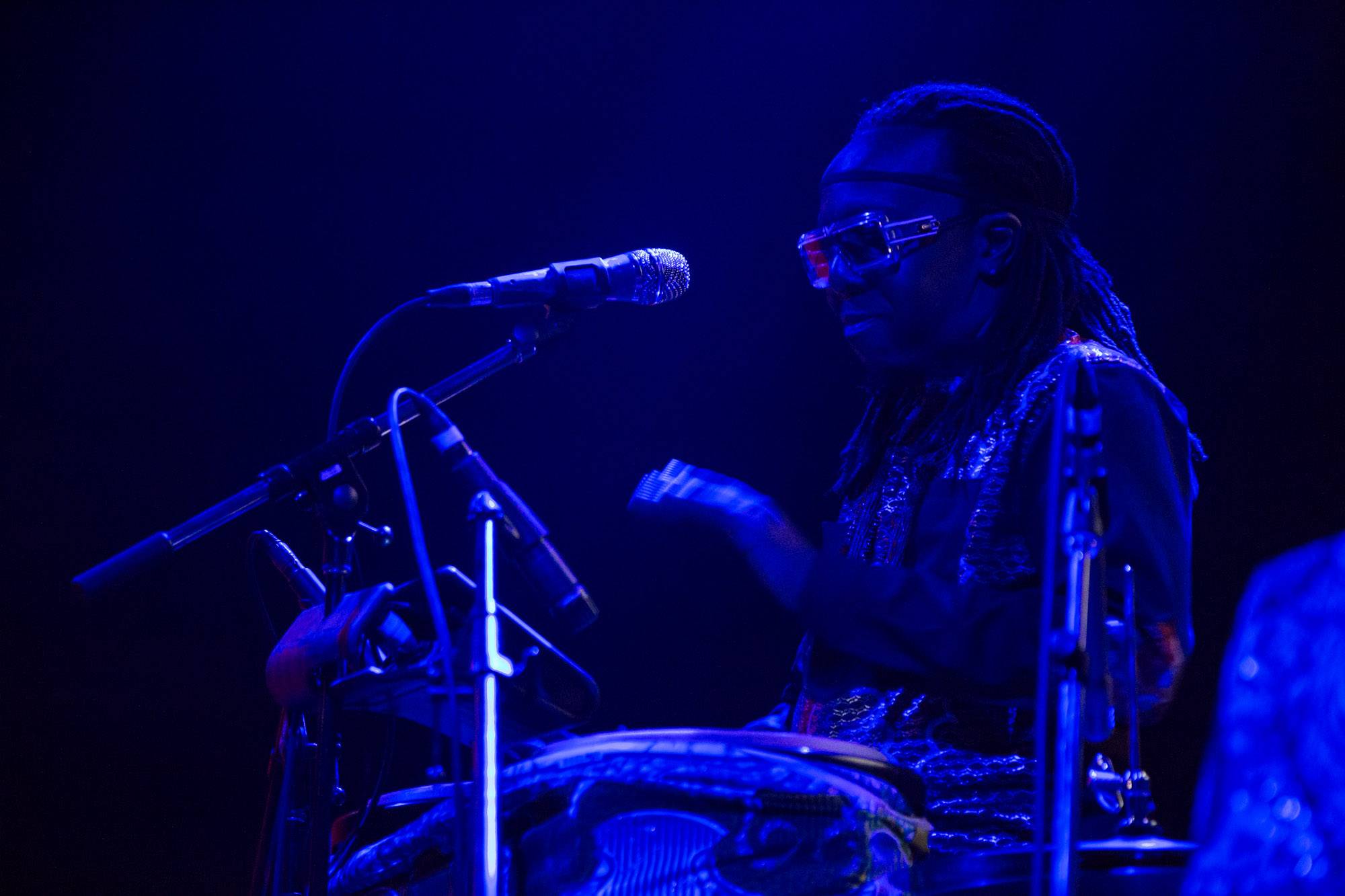 After Shabazz Palaces, Thundercat, aka Stephen Bruner, took the stage, accompanied by his brother Ronald Bruner Jr. on drums and a keyboard player (whose name I didn’t catch).

Already a legend at the age of 31, Thundercat has worked with Kendrick Lamar, Erykah Badu, Bilal and Flying Lotus (who also produced his last album). He also happens to be the bassist for cross-over thrash outfit Suicidal Tendencies. His solo output reflects his eclectic interests by melding virtuoso fusion with great songwriting. Yet a down-to-earth quality to his arrangements provides the perfect counterpoint to his more fussy bass playing.

Expectations were high, and Bruner’s trio did not disappoint. Launching with gusto into “Tenfold”, from the 2013 album Apocalypse, the group rarely let up. Thundercat himself was in fine form, fingers dancing wildly over the frets as he filled the gaps between his lyrics with a barrage of notes, making a face common to jazz players when they’re in “the zone”. It was mesmerizing to see his dexterity  on the bass, and how effortless he made it seem. There was a happy smile on his face the whole time, too.

His brother Ronald on the drums was equally impressive. For the most part, he kept his head down, blasting out rhythms punctuated with fills that would throw you off and then bring you right back into the groove. However, the keyboard player seemed sonically a little out of place, never really gelling with the rest of the music (at least to me). Still, their internal metronomes were something to behold. All three were definitely on some next-level wavelengths, wandering off into chaos and magically all converging back at the same time, which made for compelling watching. 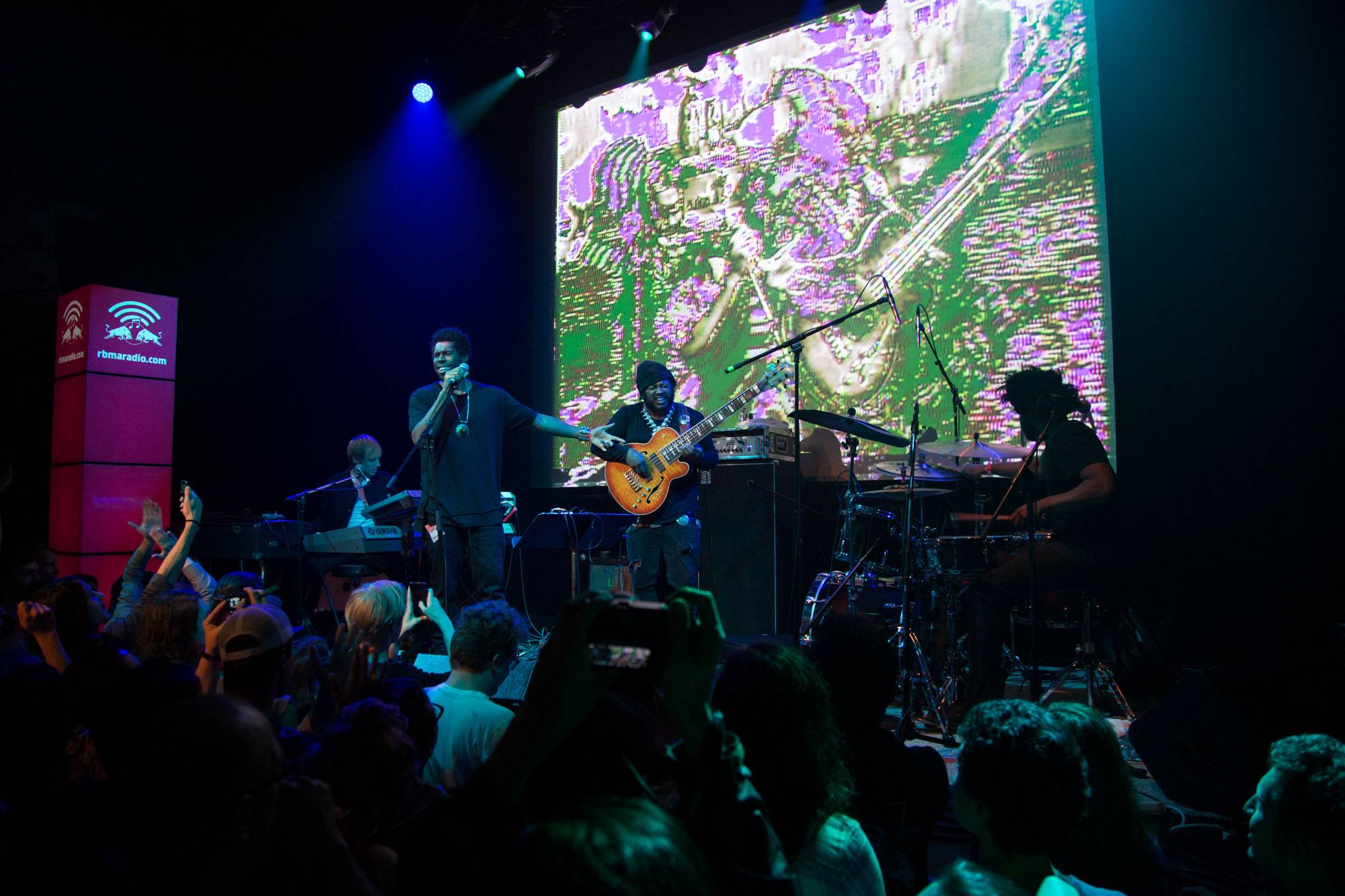 The evening felt like a showcase of some super talented artists with distinct but overlapping sensibilities. It was inspiring to watch them perform under the same roof, and to see the respect and love they ahve for each other. I, for one, am excited to see what’s next for these guys.