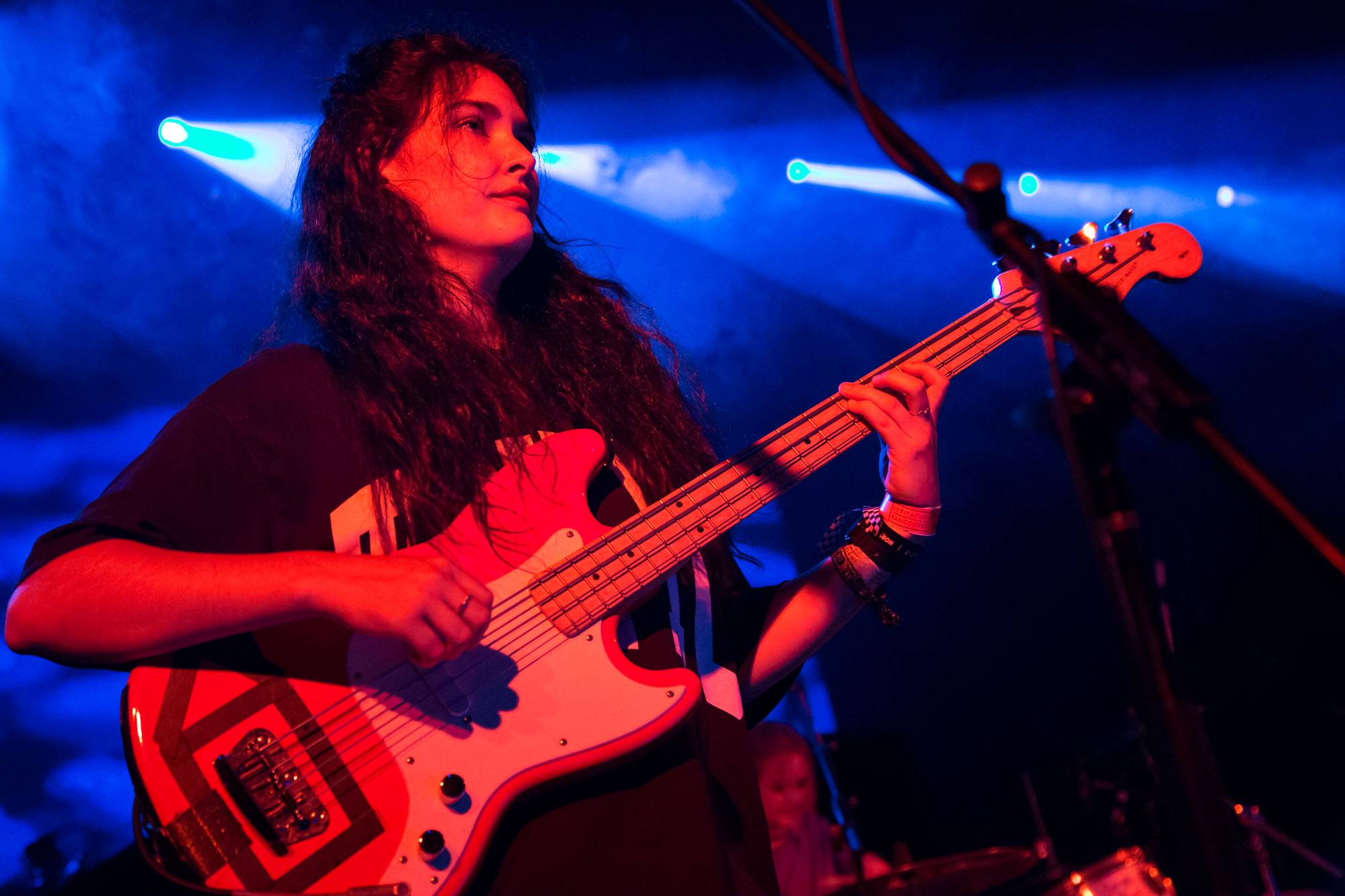 Hinds at the Commodore on Saturday night as part of Levitation Vancouver.

According to Wiki, “the original name of the band was Deers, but they were forced to change it at the end of 2014, due to the threat of legal action from a similarly named band. The group chose ‘Hinds’ (female deer) as the new name.” They released their debut full-length, Leave Me Alone, this year.