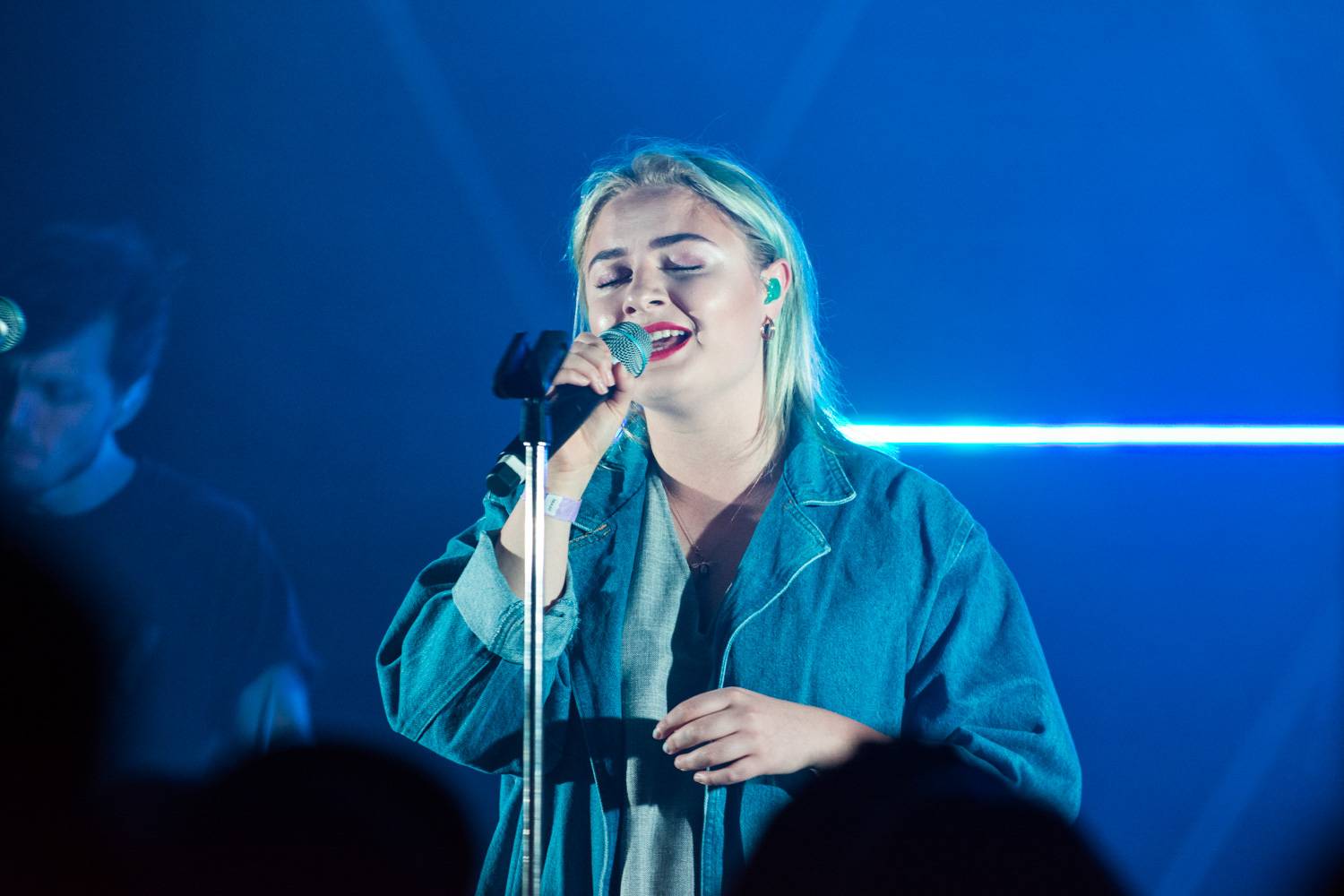 LÃ¥psley, aka Holly Lapsley Fletcher, at a sold-out Vancouver show.

The British singer/songwriter and multi-instrumentalist was born and raised in Southport, Merseyside. She spent her formative years in the classical music world, and plays oboe, piano, and guitar. In her early teens, she performed with numerous bands before striking out on her own.

Her music first caught the attention of the public in 2014 after her home-recorded debut EP, Monday, garnered over a million listens on SoundCloud. A gig at the BBC Introducing stage at the Glastonbury Festival, andÂ positive word-of-mouth from BBC Radio DJ’s Huw Stephens and Zane Lowe brought her further recognition. XL Recordings issued her debut EP Understudy in early 2015, followed by a full-length debut, Long Way Home, earlier this year.

The album received a 6.6 rating on Pitchfork, with the writer sharing the observation that “The best songs on her XL Recordings debut sound both intimate and enormous, while the less-inspired ones feel like trying to recall something boring that happened to you once.”