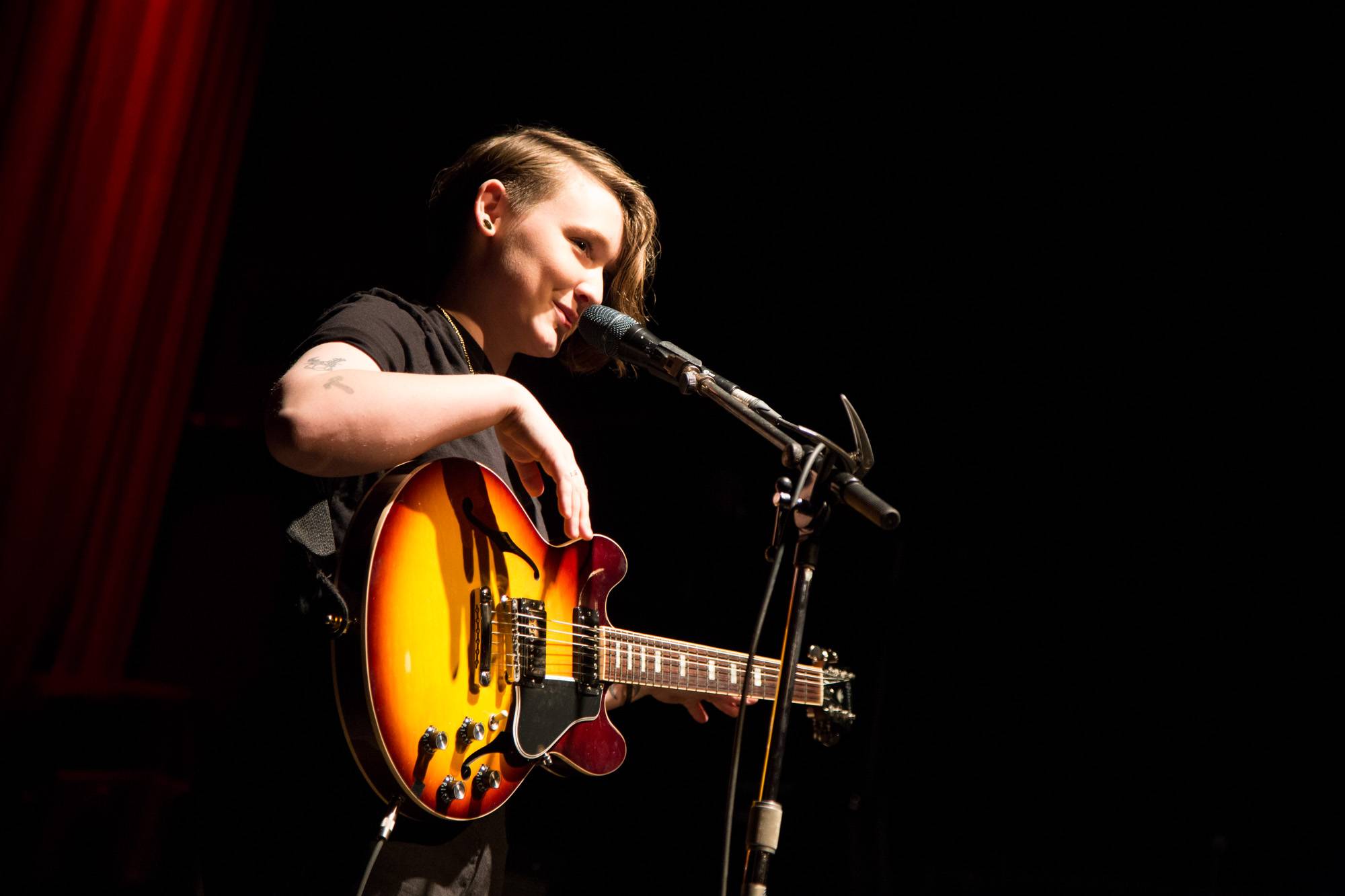 The Irish singer/songwriter says her stage name came from combining “soul” and “folk.” Born Bridie Monds-Watson in Derry, Ireland in 1997, she has said that as a youngster she took inspiration from her parents’ Joni Mitchell, ABBA, and Pink Floyd albums.

From a press release: “When she was 13, Monds-Watson began playing the guitar, and a year later she’d formed what she described as a “s****y band” with some friends. (That same year, Monds-Watson came out to her parents as a lesbian, though she insists her sexuality is rarely a major factor in her songs, despite the attention it has received in the press.)

“Monds-Watson soon adopted the alias SOAK (which she notes spells “kaos” in reverse) and started playing solo shows, having adopted a new sound drawn from her fondness for the 1975 and Foals. With the support of her mother (who drove her to her gigs, since she was too young to drive herself), SOAK began developing a following on the lively Derry music scene.”

She released her debut EP, Trains, in 2012 In 2012, and followed up with another EP, Sea Creatures. Chvrches invited SOAK to record an EP for their Goodbye Records label, and they issued Blud in 2014. By that year’s end, SOAK had signed a deal with Rough Trade Records, and the BBC had put her on their Sounds of 2015 longlist, an annual year-end tally featuring 15 artists expected to break through in the year to come. In June 2015, SOAK released her debut album, Before We Forgot How to Dream.