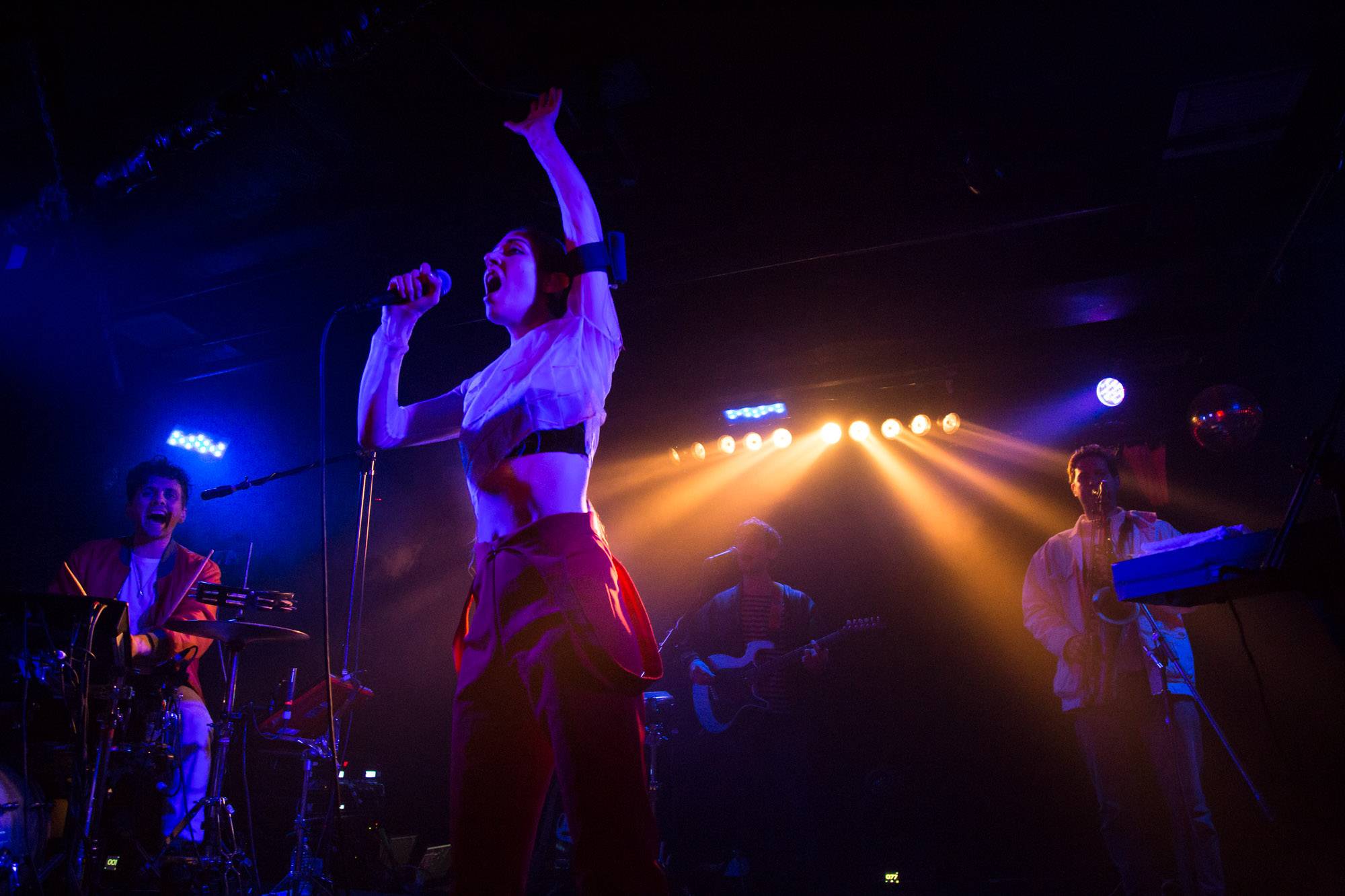 The Brooklyn band consists of members Caroline Polachek (songwriting, vocals, synthesizer, drum programming, arranging) and Patrick Wimberly (drums, bass guitar, keyboard, guitar, backing vocals, production). They released their first album,Â Does You Inspire You, in 2008, and their second album, Something, in 2012.