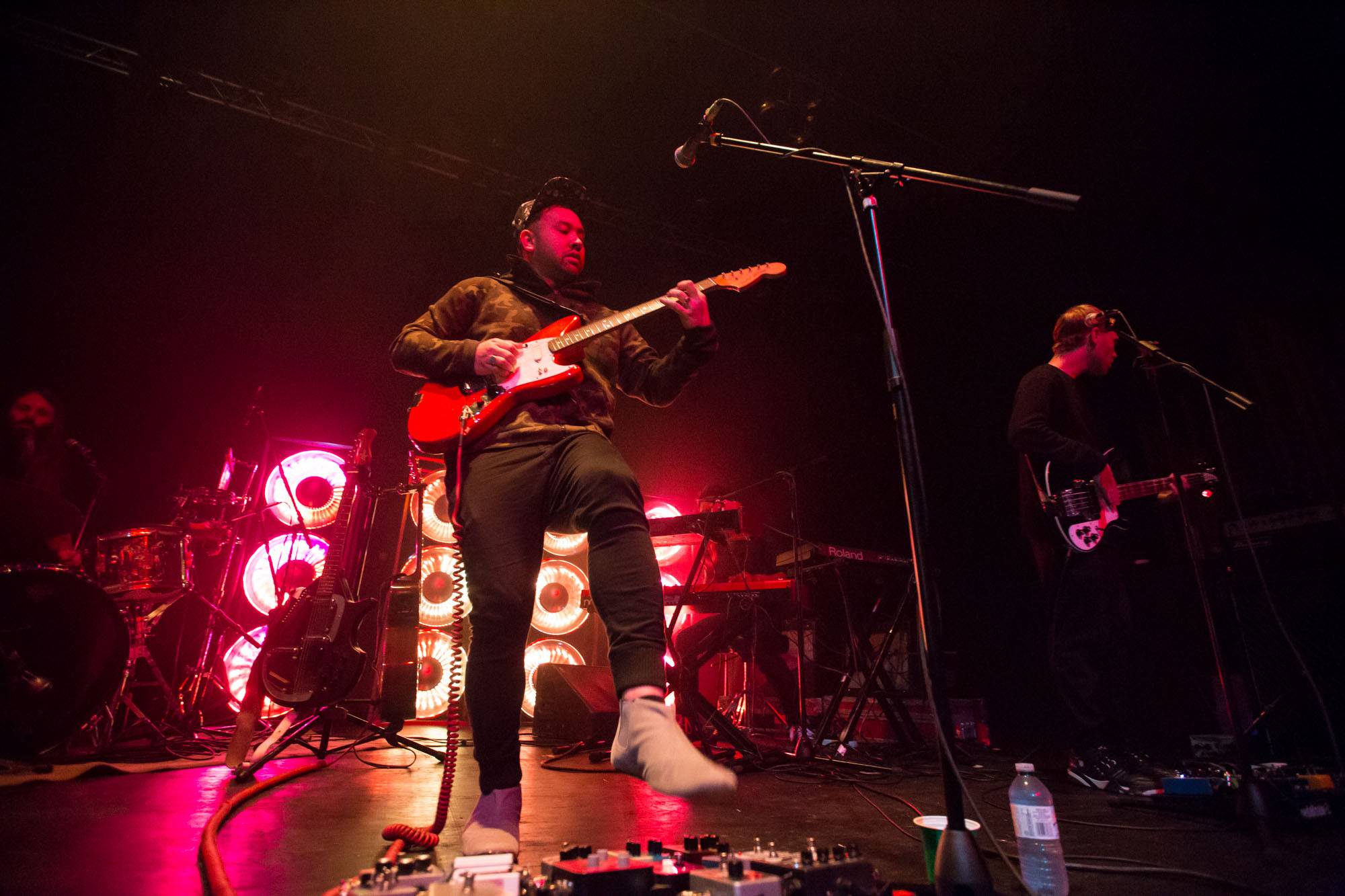 Unknown Mortal Orchestra in Vancouver in support of their most recent record, Multi-Love (Jagjaguwar).

Writing on exclaim.ca, Alan Ranta said, “Unfortunately, Nielson’s voice was hit-and-miss in the mix for most of the night. It was hard to tell if that was a system problem or a choice of some kind… Ultimately, whatever may have been lacking vocally was made up for by their overall musicianship. They were tight and dynamic, capable of stripping each song down to almost nothing, and working through smart transitions between songs while maintaining their sense of momentum.”

Multi-Love isÂ the follow-up to the album II, released in 2012.Â The group’s self-titled debut came out in 2011.

According to a press release, “Multi-Love adds dimensions to the band’s already kaleidoscopic approach, with Nielson exploring a newfound appreciation for synthesizers. The new songs channel the spirit of psych innovators without ignoring the last 40 years of music, forming a flowing, cohesive whole that reflects restless creativity. Cosmic escapes and disco rhythms speak to developing new vocabulary, while Nielson’s vocals reach powerful new heights. While legions of artists show fidelity to the roots of psychedelia, Unknown Mortal Orchestra shares the rare quality that makes the genre’s touchstones so vital: constant exploration.”

More photos of UMO at the Rickshaw: