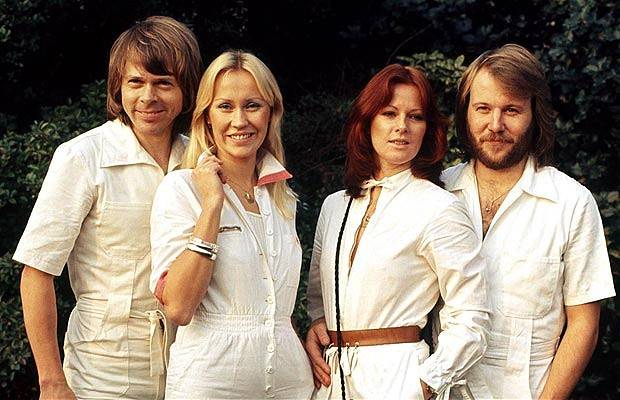 However, there are plenty of ABBA songs that have flown under the radarÂ ofÂ casual listeners and Mamma Mia! fans. ABBA was a singles band, and a great one; but Bjorn Ulvaeus and Benny Andersson were master craftsman with plenty ofÂ songwriting experience behind them when they formed ABBA. And there are plenty of deep cuts that demonstrate the power, variety andÂ growing sophistication of the band as it matured over the course of eight albums, from the playful silliness of their 1973 debut Ring Ring to their mature swan song, 1981’s The Visitors.

“Two for the Price of One”Â (The Visitors, 1981) -Â A story song with a lead vocal by Bjorn. With its personal ad and twist ending, the lyrics are somewhat reminiscent ofÂ “Escape (The Pina Colada Song)”Â (Rupert Holmes, 1979).Â Standout elements are the chorusÂ (“If you dream of the girl for you/Then call us and get two/For the price of one”), the yacht-rock guitarÂ andÂ the big oompah-pah endingÂ – far from being a generic pop band (as some have accused them of), ABBA snuck in all kinds of clever musical (often European) references into their songs.

“The Visitors” (The Visitors) – New wave ABBA. The lush, psychedelic atmosphere is unusualÂ for the band. This is the one to play for people who don’t think they like ABBA.

“The Day Before You Came”Â (single) – One of the last songsÂ recorded by the band, “The Day Before You Came” is truly haunting. Lyrically, it’s made up ofÂ quotidian details that are being remembered by the singer, and how someone new can make you forget what came before. ABBA lyrics had by thisÂ time becomeÂ increasingly more adultÂ (though considering early English-language efforts like “King Kong Song”, how could they not?), and this one is bracingly subtle. It’s tricky, too – is the narratorÂ celebrating a new love affair, or mourning an old one (probably the latter, if this lyric is any indication: “It’s funny, but I had no sense of living without pain/The day before you came”). Also, watch for the pop culture references, including one to the TV series Dallas and another to Marilyn French (author of the 1977 feminist novel The Women’s Room).

“When All is Said and Done”Â (The Visitors) -Â Okay, we’re cheating a little with this one, since this one’sÂ represented inÂ Mamma Mia! However, the Visitors song isÂ worth noting becauseÂ itÂ represents theÂ band (by this time, comprised of two couples who had broken up – shades of Rumours!Â – during the group’s life) at itsÂ most heartbreakingly mature. The song also has one of their best lines: “Slightly worn but dignified/And not too old for sex.” Who else would have the balls to sing that? AC/DC? Iron Maiden?

“When I Kissed the Teacher”Â (Arrival, 1976) -Â Pure pop bliss. The acoustic guitar intro is sublime. This one precedes “Dancing Queen”, which is the one everyone knows (and was the band’s biggest U.S. hit).

“Me and I” (Super Trouper) – This last spot could have been occupied by any number of songs. But thisÂ one’s a sneaky little number that doesn’t club you over the head with its hooks (but there sure are plenty of them). And it’s got a fun, synth-yÂ arrangement, pointing to the direction the band would go in with their last album, The Visitors.