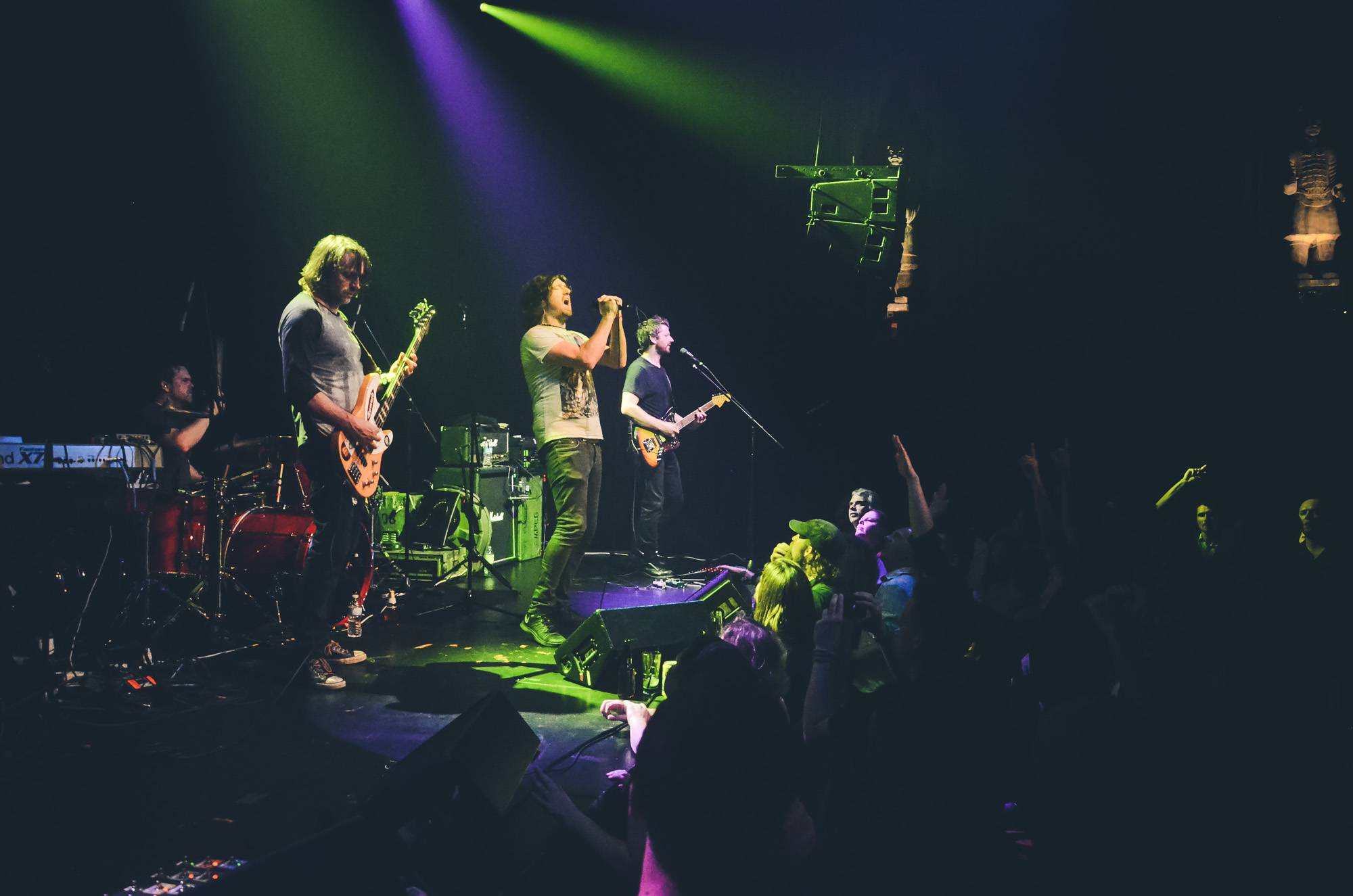 Review and photos -Â Embrace and Starsailor at the Imperial Theatre, Vancouver, June 5 2015

StarsailorÂ opened.Â After an extended hiatus that lastedÂ until just last year, the group was greeted by loyal fans. Lead singer and guitarist James Walsh interacted with theÂ eager audience members, who wereÂ excited to shout out the titles of their favourite tracks. An unreleased tune called “Give Up The Ghost” showcased Walsh’s immense singing ability.

Upon taking the stage, headlinersÂ Embrace immediately askedÂ everyone to come closer and fill the pit. FrontmanÂ Danny McNamara worked with the crowd’s energy, urging fansÂ to sing and dance along. Using the stage to full advantage, he was never in one spot for more than a minute. His brother, guitaristÂ Richard McNamara, shone onÂ the song, “Refugee”, whereÂ he delivered a vocal performance rivalling his brother’s. Their chemistry as they played off of each other and joked around with one another was obvious.

The McNamara brothers have been releasing records with the rest of Embrace since 1998’s The Good Will Out,Â while Starsailor released its debut, Love is Here, in 2001.Â The two bands go way back, the latter’sÂ Walsh saidÂ at one point. And both he and Danny McNamara mentionedÂ how a tour bus break-downÂ in San Francisco almost led both bands to miss the Vancouver show.