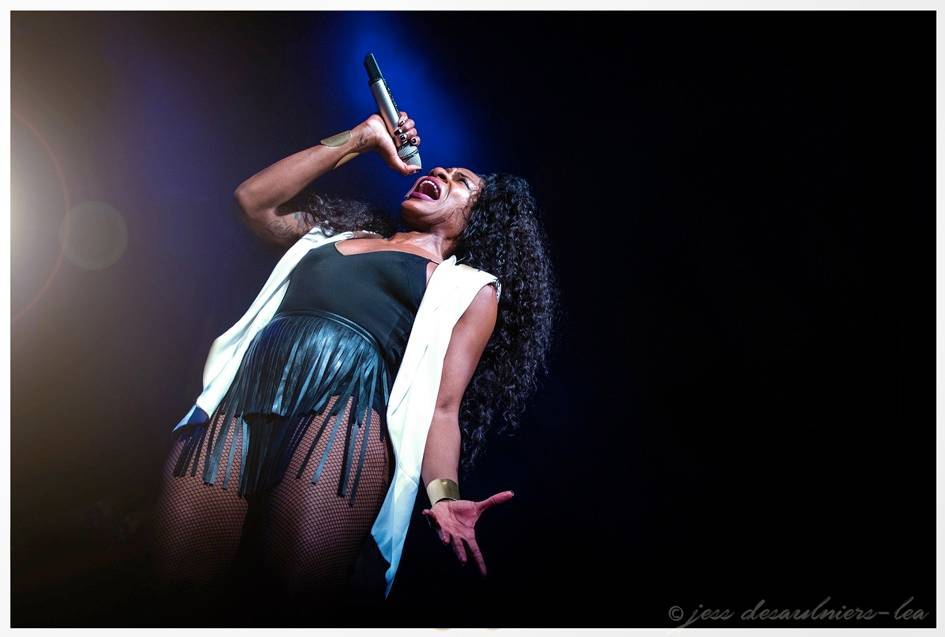 Photos – Jully Black at the Phoenix Concert Theatre, Toronto, May 5 2015

Writes photog Jess Desaulniers-Lea, “She was calling it the This is My City concert, dedicated to her home city and Toronto fans. The show served a double purpose, because it was also the launch of her new LP, which was handed out at the door to the first 300 people who arrived. She announced shortly into her first set her thrill at having this LP made as part of her new music label Jully Black Entertainment/The Officials Group.

“Accompanied by hip-hop dancers, a full band including a brass section and her infamous drummer and producer out of Atlanta, GA, YoungPete Alexander, the show was high energy from beginning to end with no moment wasted. Jully had the crowd from before the curtains were even pulled open. It was incredible to see a show done in honour of her city and of Canadian talent. She was beaming with pride throughout the show saying hello to family members in the crowd and and paid homage to some of her inspirations, singing samples from Lauryn Hill‘s ‘Doo Wop (That Thing)’ to Bob Marley‘s ‘Could You be Loved’.”