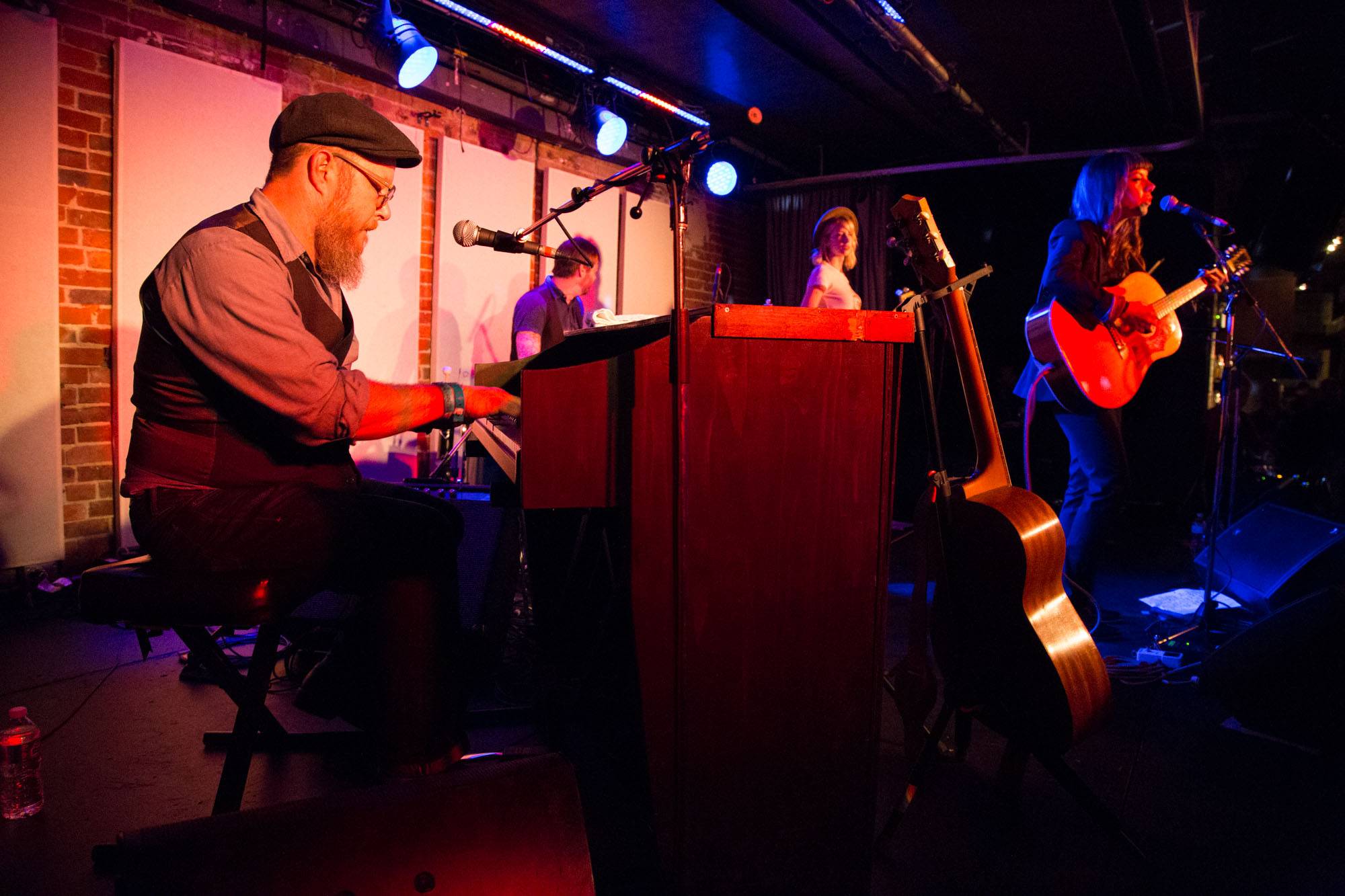 The band is on tour for its acclaimed 2014 major label debut album Small Town Heroes. The record followed three others by the group, including a covers record and a debut that collected songs from two solo albums by Riff Raff leaderÂ Alynda Lee Segarra.

Last fall, the group released a track called “Everybody Knows (for Trayvon Martin)” in tribute to the 2012 shooting death in Florida of the 17-year-old.

More photos of Hurray for the Riff Raff at the Electric Owl: