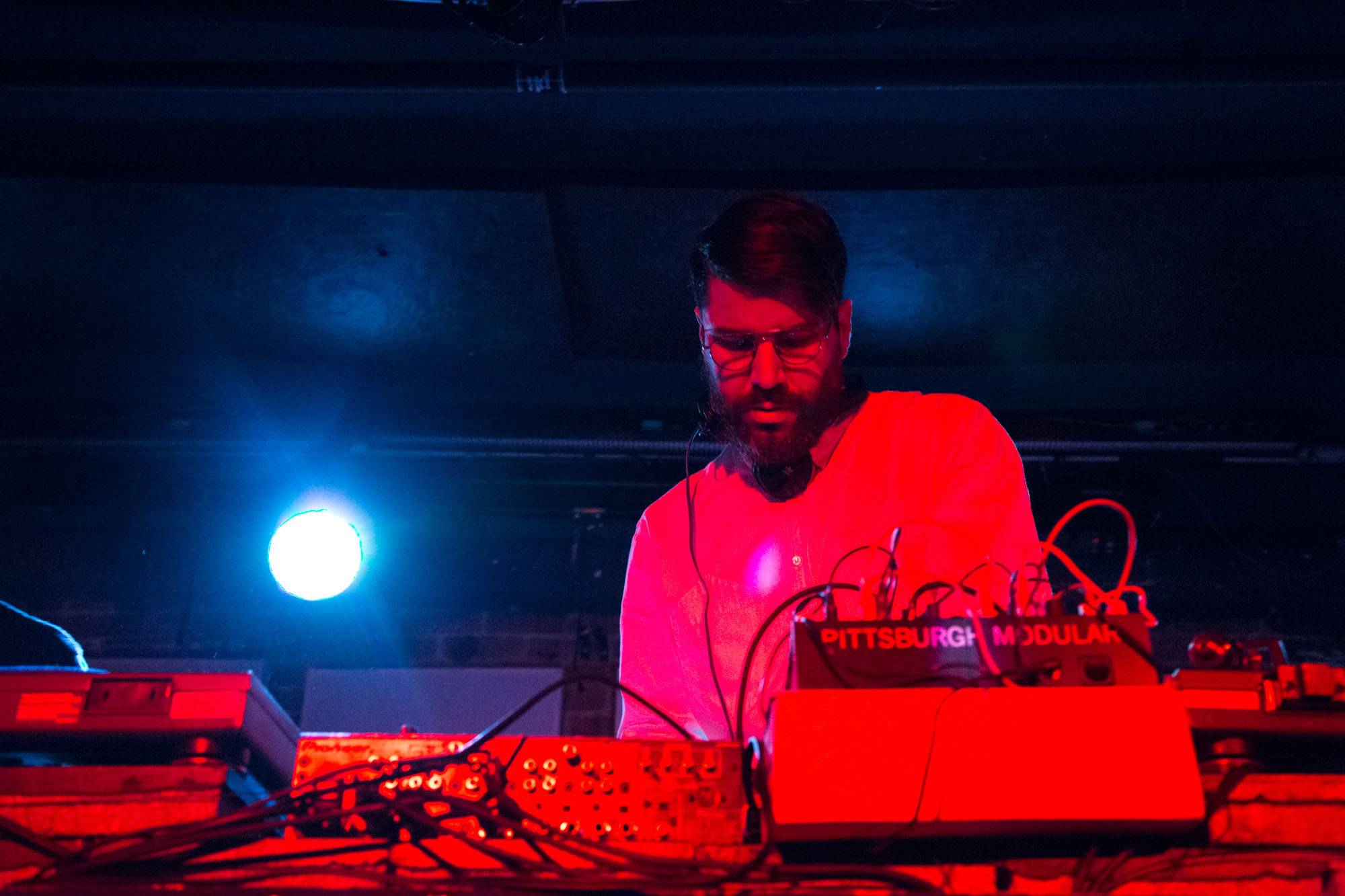 Quantic and DJ Vadim. For many, just one of these guys would be enough reason to venture out on a cold rainy Friday night, but both of them together presented an irresistible opportunity. Well before opening time, the line outside the Electric Owl snaked around the block.Â Plenty of people with worried faces tried to figure out whether tickets were still available. Not exactly what you would expect for a DJ set. But then, Quantic and DJ Vadim aren’t your everyday DJs.

Originally from England but now based in Colombia, Quantic (aka Will Holland) has made a name for himself as an influential tastemaker with his blend of soul, jazz, reggae, cumbia and everything in between. Since his debut in 2001, Holland has put out a ton of music, including the raw 60s funk of the Quantic Soul Orchestra, his explorations of Latin styles with his Combo Barbaro and his many remixes and collaborations with the likes of Alice Russell, Mr. Scruff and Nostalgia 77. 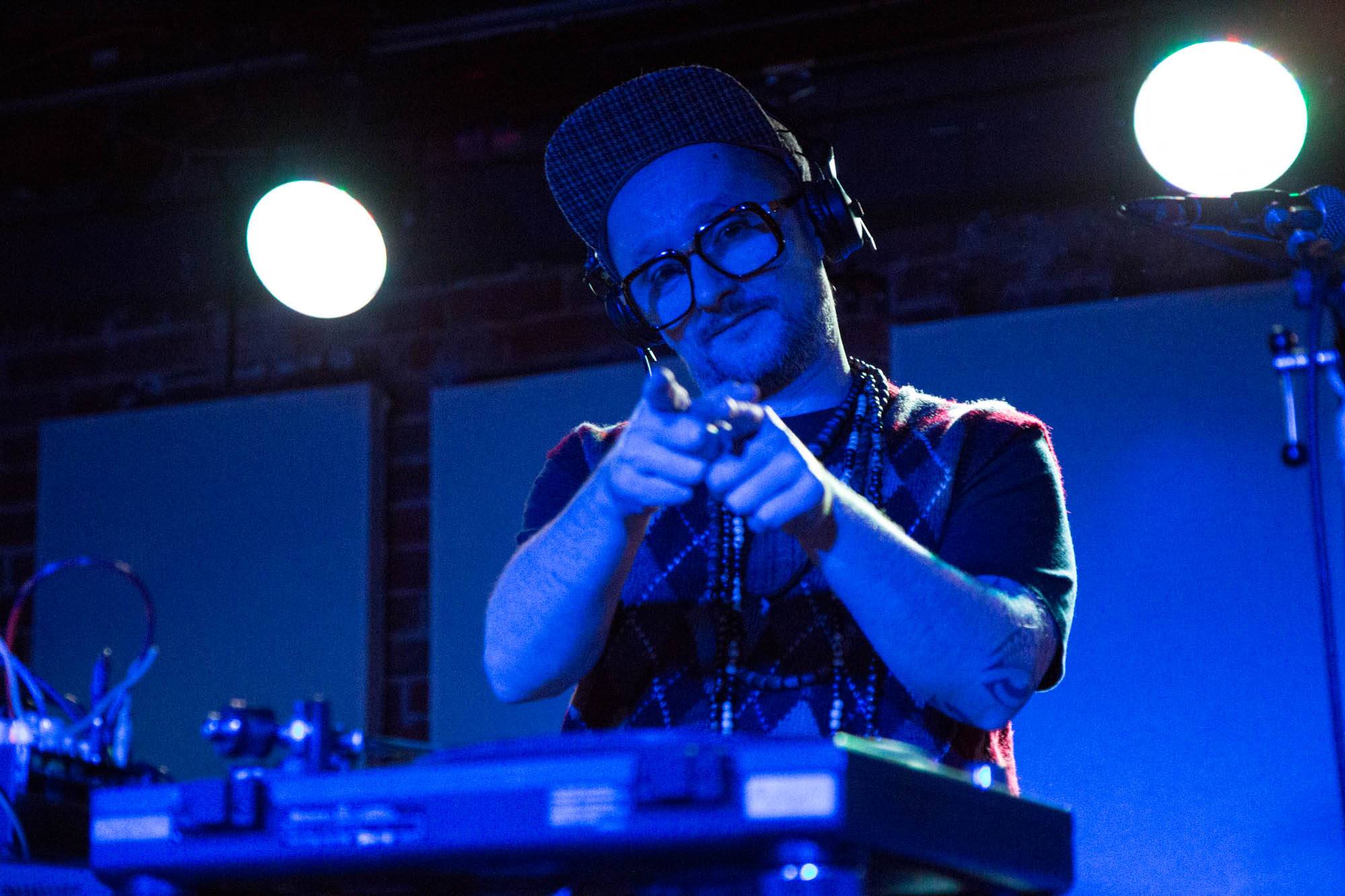 Equally prolific is DJ Vadim. Also from the UK, Vadim’s star rose in the mid-90s with his now-classic albums of leftfield hip-hop. Vadim is no one trick pony though – this musical polyglot is also big into reggae, dub and dancehall. His mixcloud pageÂ features fine selections of bass heavy riddims that showcase his impeccable taste.

On stage, DJ Vadim and Quantic reminded me of Jekyll and Hyde. Vadim was every part the eccentric professor with his huge glasses and funky vest. I felt the spirit of dub legend Lee “Scratch” Perry in the methodical madness of his demeanour. On the other end of the spectrum, Quantic looked like the studious bookworm with his gold rimmed glasses and button down shirt. Together they presented an unlikely but potent pairing. Vadim got the crowd going with a mix of old jungle MCs over more modern ragga beats. His knack for finding the balance between grit and soul is alive and strong, and his mastery of the turntables is a pleasure to watch. 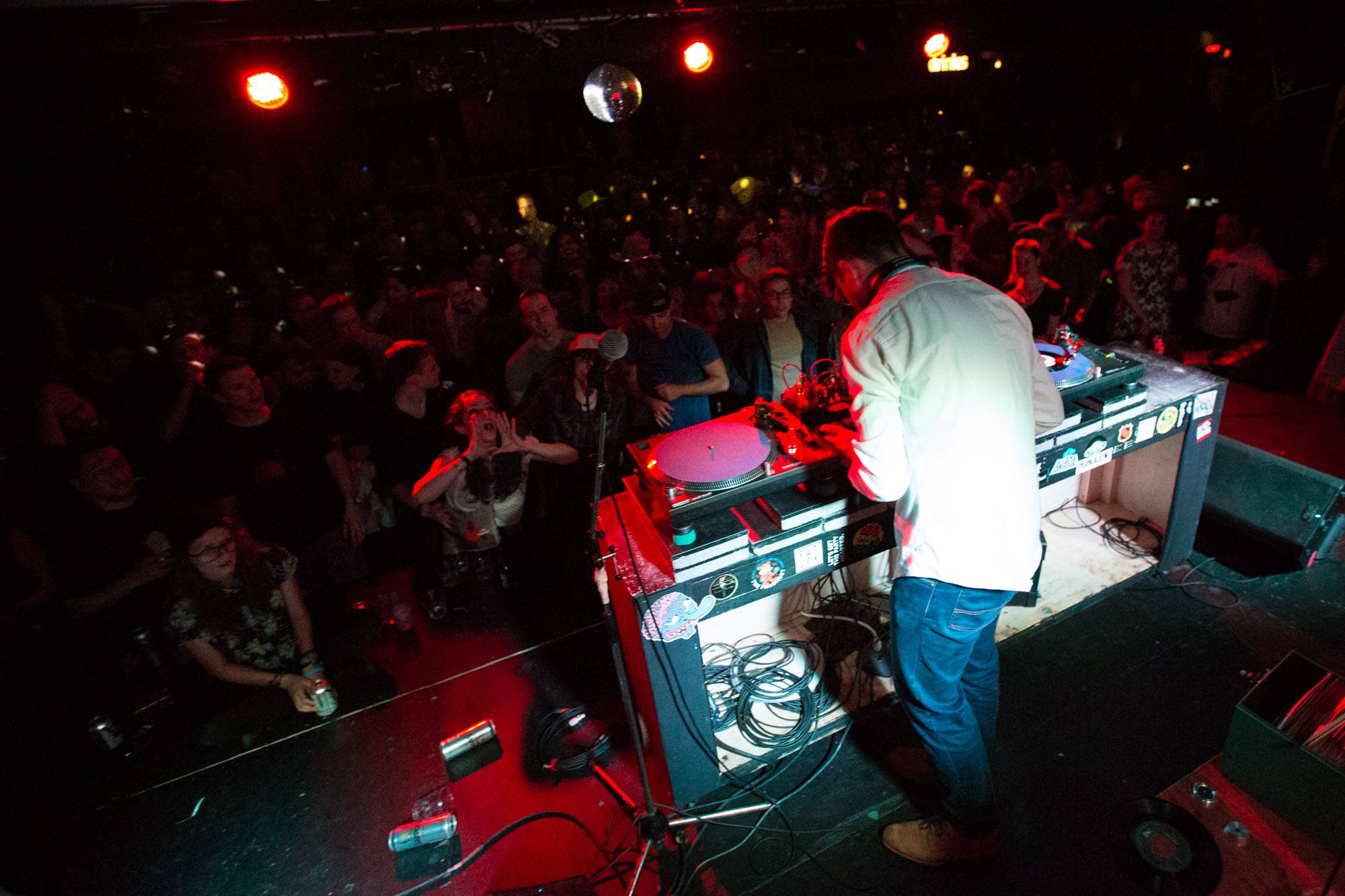 After an hour or so Quantic took over and proceeded to deliver a long groove-filled set. He played a range of his own material mixed with Latin and electronic beats. Holland is a talented musician, writing and playing most of the instruments on his albums, and he has a great ear for rhythm and pacing that I consider the hallmark of an amazing (vs an average) DJ. His set continued well into the the wee hours of the night. I woke up the next day with a smile, a hangover and sore feet. And I’m willing to bet money that I wasn’t the only one.