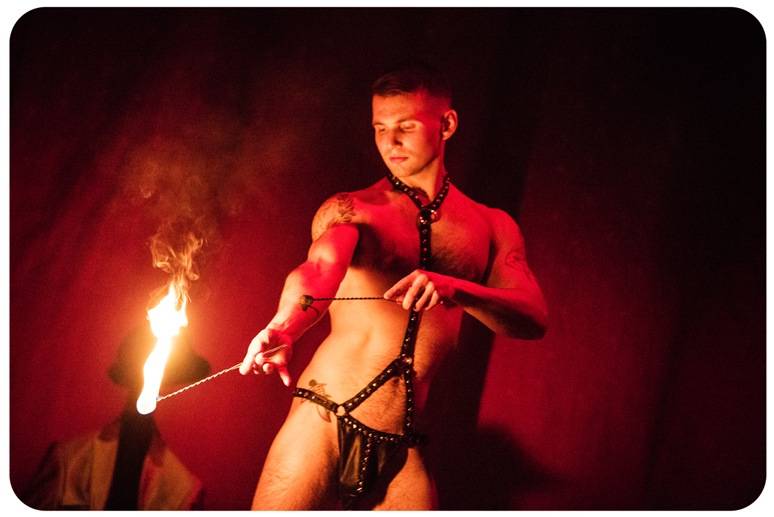 “The show definitely had an edgy fetish twist and was most definitely all about showing skin! Ferre and Jackson performed a memorable suspended rope number with impressive acrobaticsÂ that beganÂ with them both suspended in a womb-like shape inside hanging fabric. Rose performed a dark instrumental trapeze number which could be seen beautifully from the second level balcony inside the intimate and notorious East VillageÂ venue, the Slipper Room.”