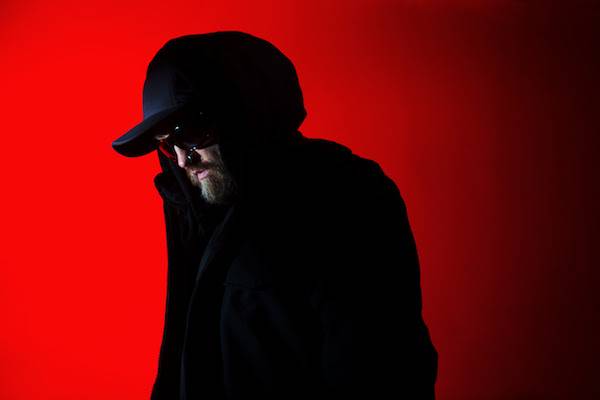 As soon as the first rumbles of bass filtered through the speakers, it was impossible not to move. As bleak and uncompromising as Martin’sÂ aesthetic is, the beats and the bass tapped stirred something primal in all of us. Once we had worked up a sweat and were hungry for more, Flowdan took to the stage. Flowdan is an old hand in the UK grime scene, having risen to fame as part of the Roll Deep crew and then later gaining more attention for his solo work. HisÂ sinister baritone is a great complement to Martin’s music, and with his presence the atmosphere in the club went up several notches. Even though it was hard to hear what he was saying over all that bass, Flowdan’s energy was a welcome addition.