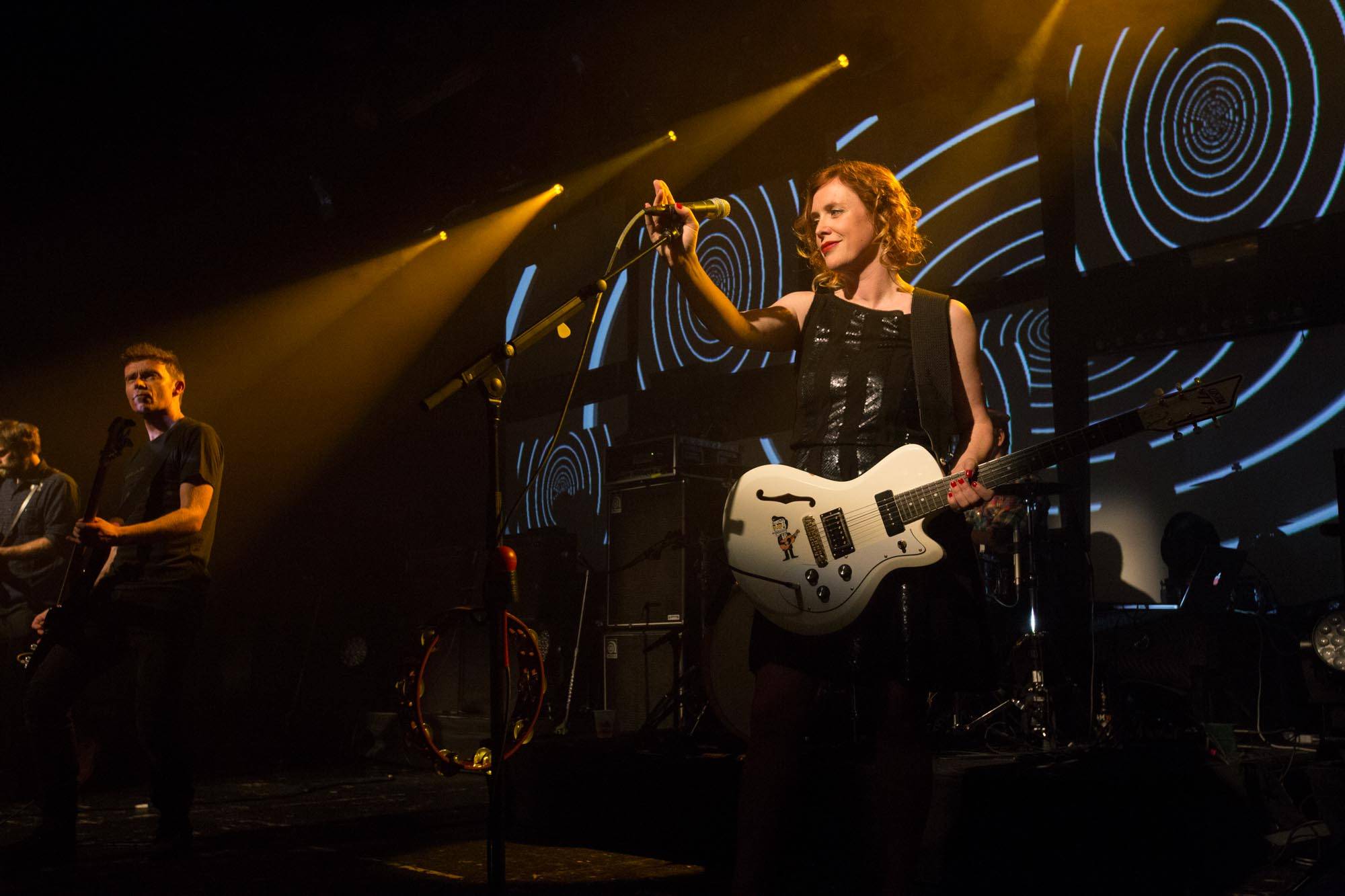 The English experimental rock band, which formed in 1989, returned from their 20-year hiatus earlier this year with a performance in Barcelona as part of Primavera Sound 2014.Â The last time that the quintet had played together on stage was in May of 1994 at Toronto’s Lee’s Palace. At least a couple of fans that I talked to pre-show never thought they would have the chance to see the shoegaze rockers play live, and were riding on a wave of anticipation, amazement and nostalgia. Vancouver’s stop on their North American tour – the first along the West Coast – was one of the only shows not to sell-out prior to the date, although the venue was still full.

With colourful geometric graphics, images of eyeballs, Blythe dolls (projected during “Machine Gun”) and other random images projected onto a background screen of floor-to-ceiling stacked amplifiers, the band’s Commodore showÂ was a cinematic, swelling and gut-wrenching experience. The summer festival circuit andÂ eightÂ prior North American tour stops had clearly provided the band with ample practice leading up to Monday night, and everyone seemed completely at ease on the Commodore stage. However, the band members themselves seemed to expendÂ very little energy. Even Goswell’s little black dress was understated compared to her sartorial choices at the Pitchfork Music FestivalÂ and the Best Kept Secret Festival. Perfectly preened and coifed, and rooted atop a pair of killer pumps at the microphone, the dolled-up, petite brunette broke her stance only for the intermittent application of tambourine, maracas and guitar.And, despite their decades-long break from the band, all five members were surprisingly short on words for their rapt audience.Â Of the five band members, including drummer Simon ScottÂ andÂ bassist Nick Chaplin,Â guitarist Christian Savill, who paced the stage, was the most lively presence.

Opener Low wasÂ a relatively low-key choice to set up the evening. The Minnesota three-piece, which consists of husband and wife Alan SparhawkÂ (vocals/guitar) and Mimi ParkerÂ (vocals/bass), and Steve Garrington (drums), have releasedÂ ten albums since Slowdive split upÂ in 1994.