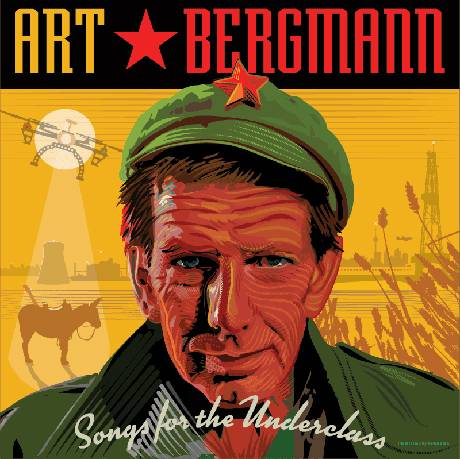 The show began with another proud East Vancouverite, C.R. Avery, whom I caught a glimpse of as he exited the stage, outfitted in a red velour tracksuit. The line-up at the Granville venue overall was a diverse roster of homegrown musical acts of various punk incarnations. Like a less riotous Bikini Kill, pop-punkers The CourtneysÂ brought the schoolyard to the elegant ballroom with their playground chants. Drummer/singer Jen Twynn PayneÂ informed the audience that it was the band’s first time playing at the Commodore, which lent their set an extra air of novelty and an “aw shucks” attitude. Payne – along with guitarist Courtney Loove and bassist Sydney Koke – recently toured the States as one of the opening bands for Tegan and Sara. So in that respect – playing to thousands – their cherries had already been popped. YetÂ the twee band’s sound was still not at home in the 1000-capacity theatre. Their charming, bratty attitude amounted to feeble fist-blows, absorbed by the cavernous swanky space. Environment aside, the Courtneys gals – self-described as “classic”, “cute” and “crazy” – won me over with their bop-able melodies about boys and being broke and jobless. The girls ended with their homage to sudsy 90s MTV, “90210”.

Headliner Art Bergmann has always had noble intentions and grand ideas about what he wants to say with his music. Everything that I read in the press prior to his Commodore appearance led me to believe that the 61-year-old had retained his outspoken and spunky attitude despite his 19-year hiatus from recording. To prepare the stage for the outspoken headliner, a piano bench was placed at the microphone to accommodate the songwriter’s scoliosis-inflicted back. Bergmann wasn’t reliant on the crutch though, although he made creative use of it to remove his guitar so that he could take off his jacket and untuck his crisp, white shirt. The singer was loose and frivolous with his impassioned vocals, which cracked, strained and yelped, yet still remained in control. In addition to playing songs off of his new album,Â Songs for the Underclass, Bergmann and his band alternated jerkily between twangier songs like “Hospital Song” (Sexual Roulette, 1990) and punkier numbers.