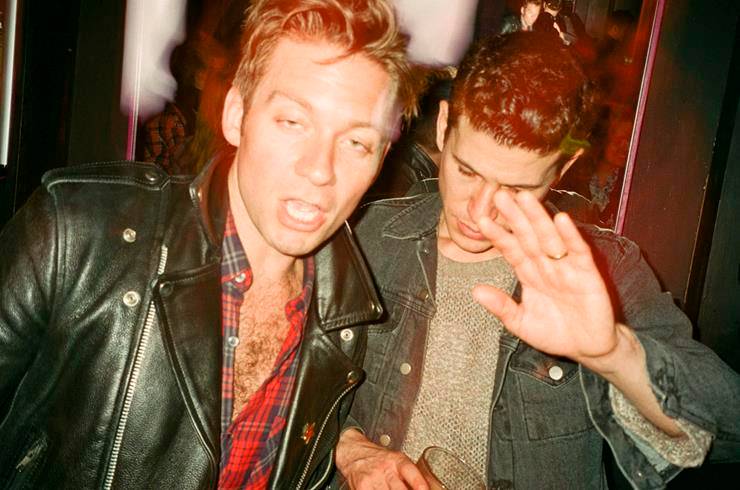 It was appropriate then that Vancouver’s redundantly namedÂ Dead GhostsÂ was the opening band for touring band CrocodilesÂ this pastÂ MondayÂ evening. The local garage-rockers exuded the cool but self-deprecating attitude befitting of their name. But the hometown boys hadn’t lost their accessible carefreeness. The only literal cool of the night was courtesy of two upright fans positioned on either side of the stage, aimed atÂ Maurizio ChiumentoÂ on bass andÂ Drew WilkyÂ on guitar. One generous audience member even flung some of his PBR in front of Chiumento’s fan, in an unsuccessful attempt to create a refreshing beer spray.

Wholly danceable but with enough fuzz at times to rival noise-rock legendsÂ Sonic Youth (RIP), Dead Ghosts played a self-admittedly raw set that roused heavy breathing the audience of peers. Despite their falters, the band retained their sense of humour and good spirits (pun intended). The four young ghouls haven’t released an album of new material since 2013’sÂ Can’t Get No onÂ Burger Records, and have kept low on the radar this summer, seemingly sticking to house shows and small venues with the exception of July’s Burgerama showcase at Sled Island. However, like many of their label-mates they embrace a sort of eternal summer, laid-back rock ‘n’ roll attitude that draws a fun-loving and loyal crowd. For their last song, one young man in the crowd staggered to the front of the dance floor, lurching like an extra fromÂ Michael Jackson’sÂ “Thriller” video for a final flailing dance break.

Brandon Welchez’s immaculate bone-structure was more high-fashion than reptilian. Combined with his manicured hair and snazzy blazer, theÂ  CrocodilesÂ singer/guitarist sports a sort of waif-ish, indie-rock Ken doll look. Welchez’s pigeon-toed stumbling and frequent leg-crossing gave the less elegant impression that he needed to relieve his bladder (my mother long ago pegged these moves as the “potty dance”). However, it wasn’t the awkward dance moves that detracted from the night’s performance, but rather the pathetic lack of volume on his vocals. Fortunately, the musical decibels that drowned out the majority of discernible lyrics were impressive enough to stay complaints.

Besides, it was hard to remove my eyes from guitaristÂ Charles RowellÂ who led the unapologetically straight-forward garage rock set. The other half ofÂ Crocodiles’ core, Rowell has a cocky, chin-jutting strut gave that gave recently reviewedÂ Fresh & Onlys’ guitar showboatÂ Wymond MilesÂ a run for his money. The musician alternated between nonchalantly playing one-handed while swigging from his drink and deftly scratching guitar licks to satisfy several itches in the audience. Young females dominated the first couple of rows of the audience, most of whom were willing to shimmy and shake despite the stickiness acquired simply by standing still. Even the conspicuously unlit disco-ball was moved to action two-thirds into the set.

Like their openers, it had been a year since the San Diego band released their fourth and most recent album,Â Crimes Of Passion. Perhaps it was the species-conducive climate that causedÂ CrocodilesÂ to thrive on the Fox’s stage, despite not having played Vancouver for quite a while. But having only seen the band do a stripped-down in-store performance at Zulu Records several years ago, I was pleasantly surprised to discover that these particular reptiles did indeed have the rock chompers to match their name.