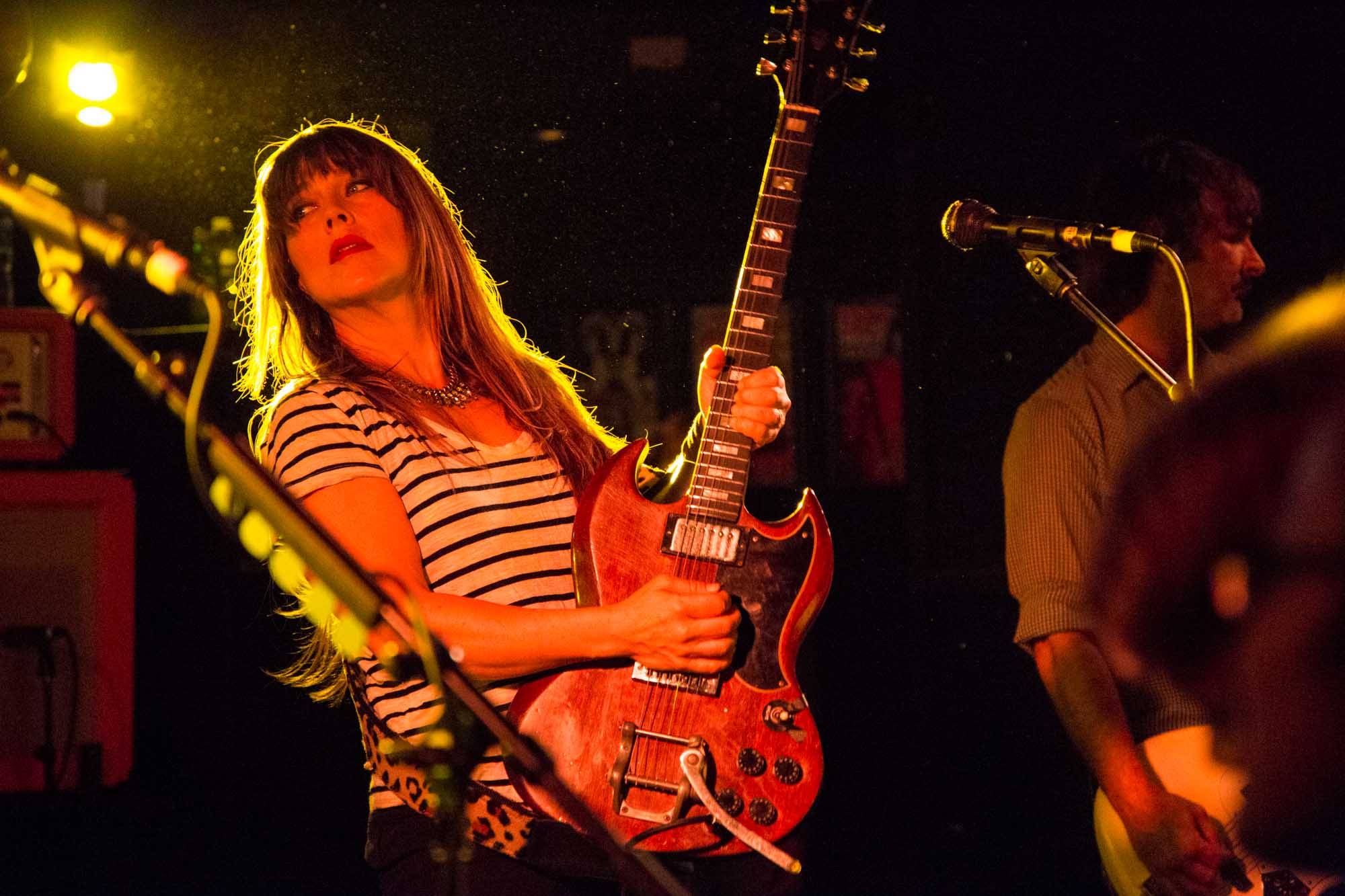 I was a preteen when the band last toured with their original members. Over the years I have listened to my fair share of angsty female-fronted alternative rock such asÂ Holly McNarland,Â The Cranberries,Â K’s ChoiceÂ andÂ The BreedersÂ (Kim Deal’s raspy whines are almost interchangeable withÂ VerucaÂ Salt’s ownÂ Nina Gordon), but I somehow never really “got into”Â Veruca<Â Salt.

It has been about twenty years since the rock band formed, and nearly as long since they toured as their current line-up. According to singer/guitaristÂ Nina Gordon’s recollection, three miracles have since transpired to bring them together for their current tour. First, fellow singer/guitaristÂ Louise PostÂ andÂ GordonÂ became friends again; then they tracked down bassistÂ Steve LackÂ on his “oceanside… sabbatical”; and finally drummerÂ Jim ShapiroÂ returned to the band from his pursuit of other ventures. Vancouver’s Biltmore Cabaret was the third stop on their 2014 reunion tour.

Post’s audible strain and struggle with her vocals during opening song “Get Back” gave the set a questionable start. She later bickered withÂ ShapiroÂ about not being ready for a couple of songs, and one had to wonder whether her request for “stability” was a Freudian slip (she saved herself with the self-deprecating tagline “in the mic and in general”). Button-pushing and bantering aside, there was nothing hostile about the band’s dynamics.

GordonÂ andÂ PostÂ seemed to genuinely have fun on the stage, giving equal time to smirking, pogoing, dancing and smiling. OnceÂ PostÂ was warmed-up, her distinctly twee voice tag-teamed and harmonized withÂ Gordon’s more mature, husky vocals. Coming from the generation who adopted and marketed irony as cool attitude-as-accessory, this dichotomy of naivetÃ© and angst coupled with world-weariness was exponentially ironic.

Did you know thatÂ VerucaÂ SaltÂ can really rock? Probably it was the relatively small venue and my close proximity to a speaker that were to blame for my ringing ears. Regardless, there was way more rock ’n’ roll- and metal-influence than I was prepared for.Â Stand-out head-bangers included “Straight” and “Shimmer Like A Girl” off of theÂ Blow It Out Your Ass EP.

The band mostly stuck to material off of their first two LPs,Â American Thighs andÂ Eight Arms to Hold You. They played both albums nearly in their entirety for the two-hour-plus set, including two encores. The first of these was hard-earned but well-rewarded, most of all for the two-dozen audience members who received a red rose fromÂ Gordon and Post.

I don’t know whether nostalgia or personal style motivated the band to make their stage clothing and accessory choices – notable was the presence of a wristband, multiple chunky rings and choker. According to the natural cycle of fashion trends, just enough time had passed to make their nineties attire relevant again. Considering how tightly packed and enthusiastic the crowd at the Biltmore was on aÂ TuesdayÂ night, the same rule applies for the band in general.