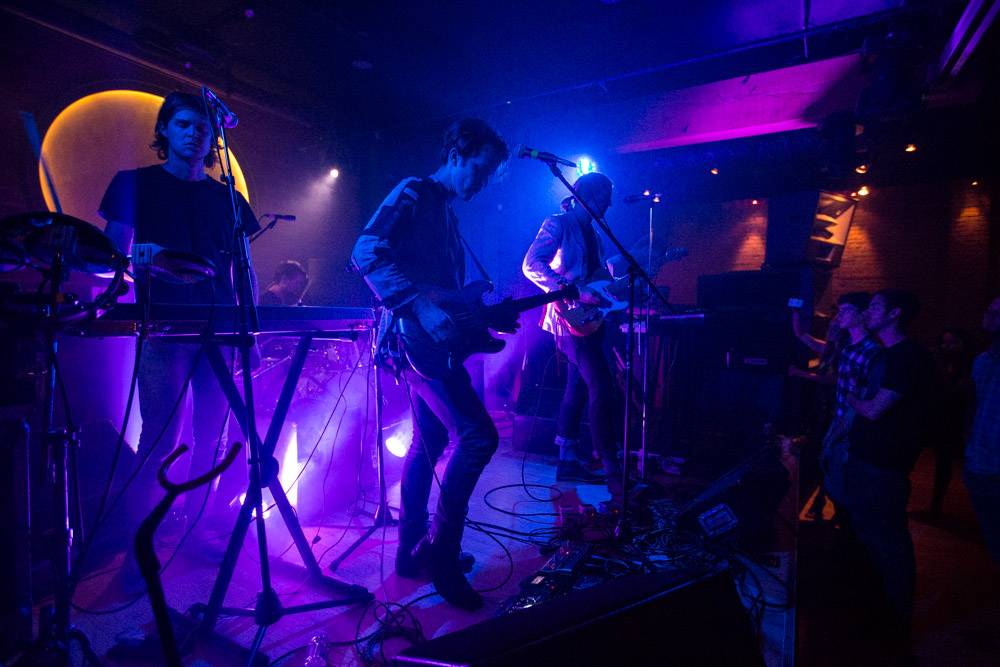 The Santa Barbara-based band is on tour for its second album, 2014’s Dunes. The group consists Chris Lynch, Adam Rasmussen, Levi Hayden, Shane McKillop, and Dusty Ineman. A recently released remix of “Colony Glen” by Tim Goldsworthy is receivingÂ raves from publications such as Stereogum (“Ghostly disco verses give way to a lush New Wave chorus worthy of Duran Duran, carried along by the sweet synchronicity between that nasty guitar figure and the less-is-more synth part”) and Consequence of Sound (“Dark, throbbing synths coat the entire four-minute track, sending it into late-night dance party territories, neon garb and glow sticks included.”)

Reviewing the band’s May 15 set in Portland for The Oregonian, David Greenwald writes, “They’ll never be funky, but they grooved as hard as they could within their 4/4 confines, erupting into Krautrock excitement on ‘Spacetime,’ the set’s best moment. They followed that up with an able cover of Fleetwood Mac’s ‘Gypsy,’Â a song that pushed singer Chris Lynch out of his upper-register comfort zone – a range he should extend more frequently live if the group wants its indie-dance to last beyond an evening’s nostalgia. Still, the band impressed more often than not, locking down the textured tracks of this year’s DunesÂ with rhythmic steel.”