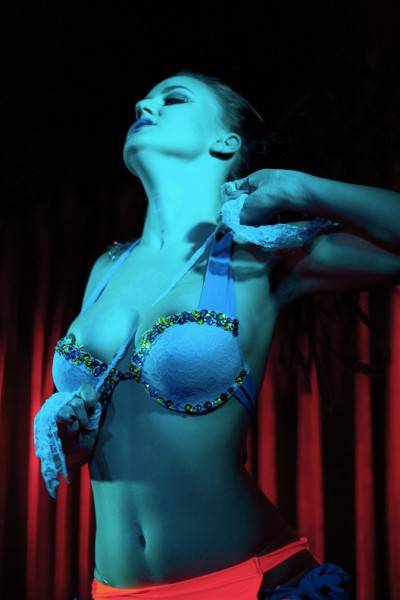 Photographer Jess Desaulniers-Lea attended the first NSFW: Hip Hop Meets Striptease at the Cobalt last Thursday night. From her report, it sounds as though it was a little more risquÃ© than you average burlesque show.

She writes, “The show allowed the performers to get however nude they wanted and some of the show featured full nudity – therefore no photographs were allowed at all other than ones taken by myself and two other photogs. The energy was incredible! The lack of cellphones out I think only contributed to the crowd/performer interaction and love of hip hop amongst everyone. For a first time event on aÂ ThursdayÂ night the turn out was incredible. I’m sure this will become a regular Cobalt event in no time.”

Their next event isÂ March 27 at the Cobalt.