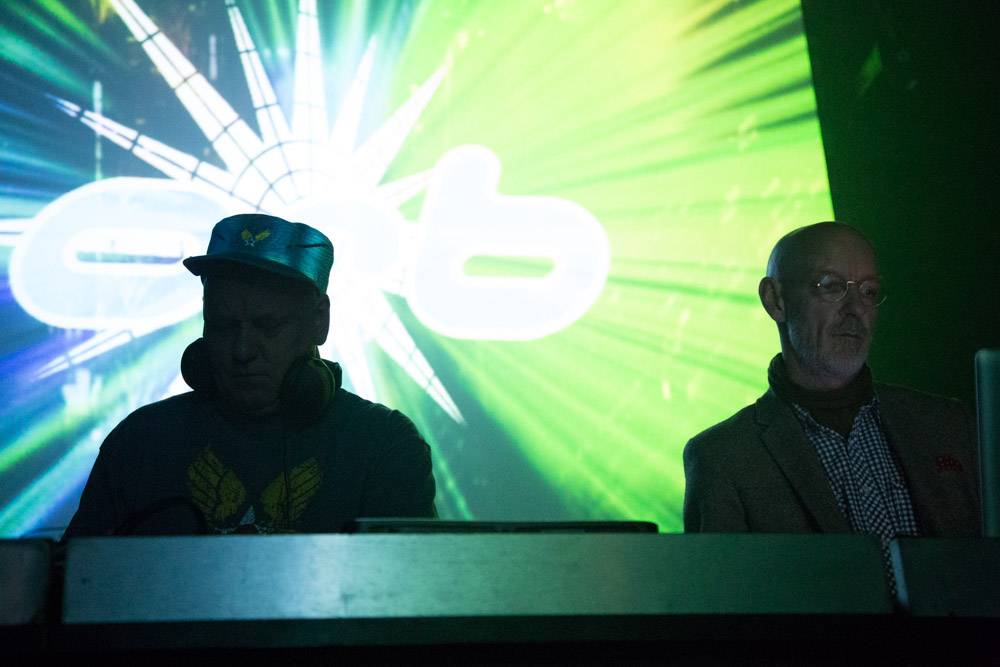 The Orb was founded in 1988 byÂ Alex Paterson and KLF member Jimmy Cauty. Currently, The Orb is Paterson andÂ Thomas Fehlmann, a member since 1995.

The British outfit peaked in the early 1990s with the albums The Orb’s Adventures Beyond The UltraworldÂ andÂ U.F.Orb.Â The latter reached #1 on theÂ British album chartsÂ in 1992 and featured what is probably The Orb’s best known track, “Little Fluffy Clouds” (based on a sample from a Rickie Lee Jones interview).

Wikipedia lists The Orb’s two most recent albums as the reggae-infusedÂ The Observer In The Star House, a 2012 collaboration with Lee “Scratch” Perry, and More Tales From the Orbservatory (2013).