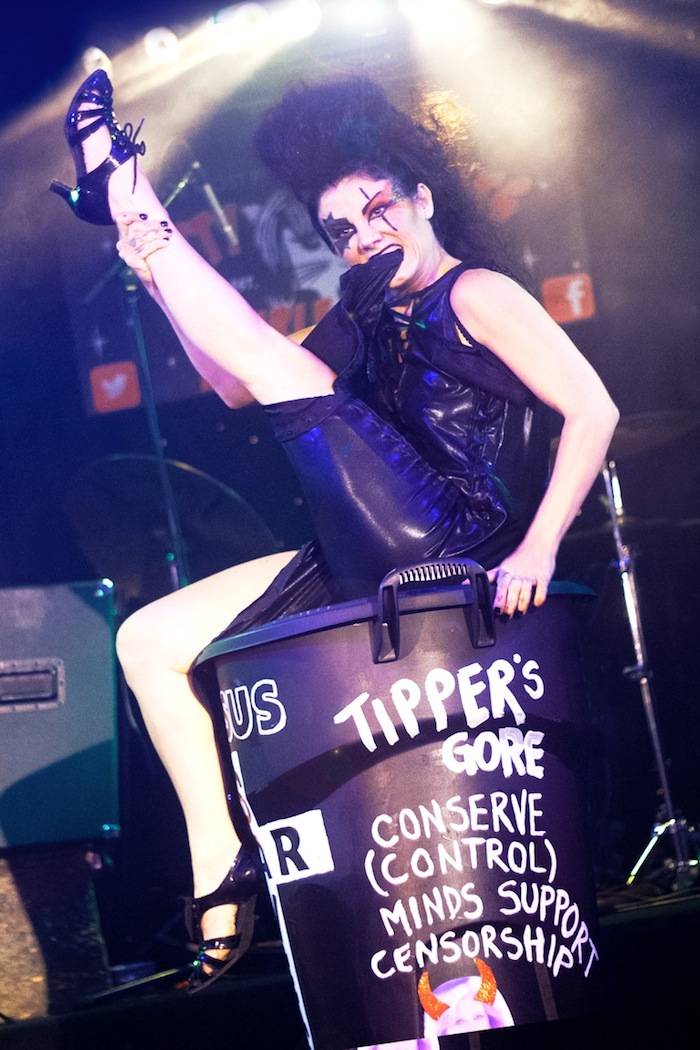 According to Jess, Blend mixed “rare punk vinyl (part of her collection) for the dance set post-show for the audience, most of whom came dressed in punk attire. The show included everything from the Ramones to the Sex Pistols.”Â Throughout the evening, punk rock trivia questions were thrown out to the audience for free drinks.