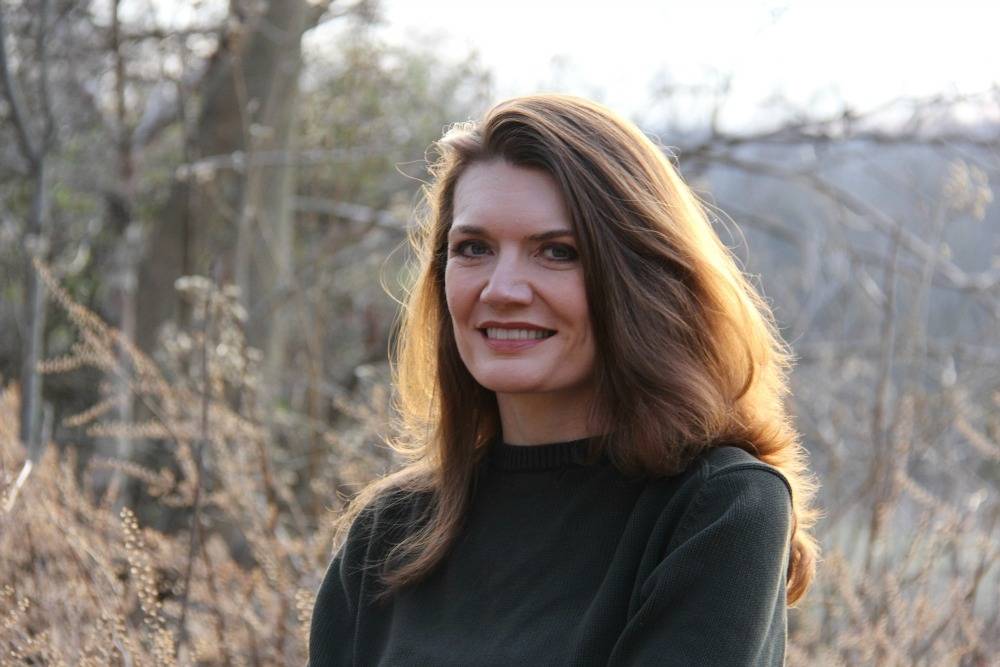 Walls and her siblings were bounced around from various homes by their parents, a father who thought the FBI was chasing the family and a mother who put her painting before her offspring. The sometimes harrowing, sometimes hilarious story of the Walls children making their way in the world and essentially learning to raise themselves (and sometimes their parents) struck a nerve with readers. The book spent over 200 weeks on the New York Times bestseller list.

Walls has since written two more books, including her latest. The Silver Star is the author’s first novel and revisits many of the themes in The Glass Castle. The 53-year-old author, who lives in Virginia (her father’s home state, and where she spent much of her teen years), came through Vancouver on a book tour recently. We chatted about nature versus nurture, her mom and what she hears from readers.

Shawn Conner: You were in Vancouver recently [April] for Unique Lives & Experiences, weren’t you?

Jeannette Walls: I was. I love Vancouver. You’d have to be a little nutty not to. I mean, what’s not to like?

SC: Well you’re something of a nature person anyway, though maybe not this kind of nature.

SC: What is it that brings you back to Virginia?

SC: Do you worry about your mom while you’re away?

JW: My husband is looking after her. He has a higher tolerance for her quirkiness than I do. He just adores her. He thinks she’s hilarious. He he checks on her twice a day. Her cottage is on the way to the horses. She sometimes helps us with them. It’s a good set-up.

SC: Where are you in the whole nature vs. nurture debate? It’s something you must have thought about quite a bit…

JW: I don’t know. It’s such a fascinating question. It’s something I try to grapple with in The Silver Star. I get asked all the time, Do your siblings view your childhood the same way you did in The Glass Castle? No, of course not. But why is that? My kid sister, she lives in California, I’ve been trying to get her to live with me in Virginia. And she says she doesn’t want to live where it snows ever again. And I say Marie, the cold’s not so bad when you have a thermostat. She says she never wants to be cold again. I love the cold. You have these two people who grew up in the same environment, one loves the cold, the other can’t stand it.

SC: A lot of it is where you are in the family. You were second child, like the main character in The Silver Spring.

JW: Very often in dysfunctional families, the children rise up and take on the adult roles. Often it’s the oldest child who really breaks the ground, and gets the worst of it so that the other children can have a childhood. That’s genuinely heroic. They learn incredible skills. The number of CEOs who were first children is disproportionate, because at a very early age they’re learning to delegate and boss and all that. It’s too much, and that’s something I wanted to deal with in The Silver Star. These oldest children, they’re the walking wounded.

SC: You’re in a pretty unique position because your book struck a nerve with so many people. You must hear story after story when you go on book tours like this one.

JW: I do, and it’s this incredible blessing. It’s amazing the number of people who’ll come up and say “I’ve never told anybody this before,” and they’ll tell me these secrets. I don’t even think it’s about me, it’s the power of storytelling. If I’m willing and able to open up about my story, people feel free to tell their stories. They lose their shame.

SC: What do you do with all the psychic energy that comes your way? Do you take notes?

JW: No, no. The stories that stay with you, stay with you. I would never steal anybody’s stories anyway. But it does get you thinking about things.

SC: Do you think The Glass Castle movie is ever going to get made? [Jennifer Lawrence is supposed to play Walls.]

JW: I do, I do. I was less certain when it was in Paramount’s hands, but it’s with Lionsgate now. I love what they’re doing with it.

SC: Hopefully it turns out better than Running With Scissors.

JW: [laughs] You have to be careful with these memoirs. The tone matters so much. Even Angela’s Ashes was such a great book, but the movie…

The woman who is doing the screenplay for The Glass Castle, she’s brilliant, and she said, “I have to be careful I don’t lean too much on the dark humour of it.” The great thing is, and I keep going back to the power of storytelling, she had a childhood, it wasn’t like mine, but there were similarities, and she’s tapped into these similarities and we’ve had these amazing conversations about where humour comes from, its role in covering up pain and discomfort, and does she lean on it too much with her own writing other than The Glass Castle. We had these amazing conversations about how you turn life into, you’ll forgive the term, art. How do you take these real life experiences and make them palatable, and hit emotional connections with other people? She’s always done it with humour, and she’s realized that maybe she’s done it too much.

SC: What keeps you writing?

I honestly told myself that Silver Star was it, I’m not writing another book. But I have interesting conversations and it gets the wheels turning. Last night I wrote down the first sentence of what might be the next book. And I thought, You know something? There’s an interesting story here. Let me explore it. You get ahold of something, and it’s a tiny little thread, and you follow it. Does this lead anywhere? It’s not about complicated sentence structure or dazzling wordplay. It’s more about, what makes us the way we are? What motivates us, what makes us afraid?

I love discussing that and thinking about it, and writing is the process of thinking. To sit down and write a novel, or nonfiction, that’s what you do, you ask Is this true? With nonfiction, Did this really happen? With fiction, Could this happen?

I did swear off it [writing] but I think it’s a disease you have. It goes into remission for awhile and then “AHHH! It’s back!”