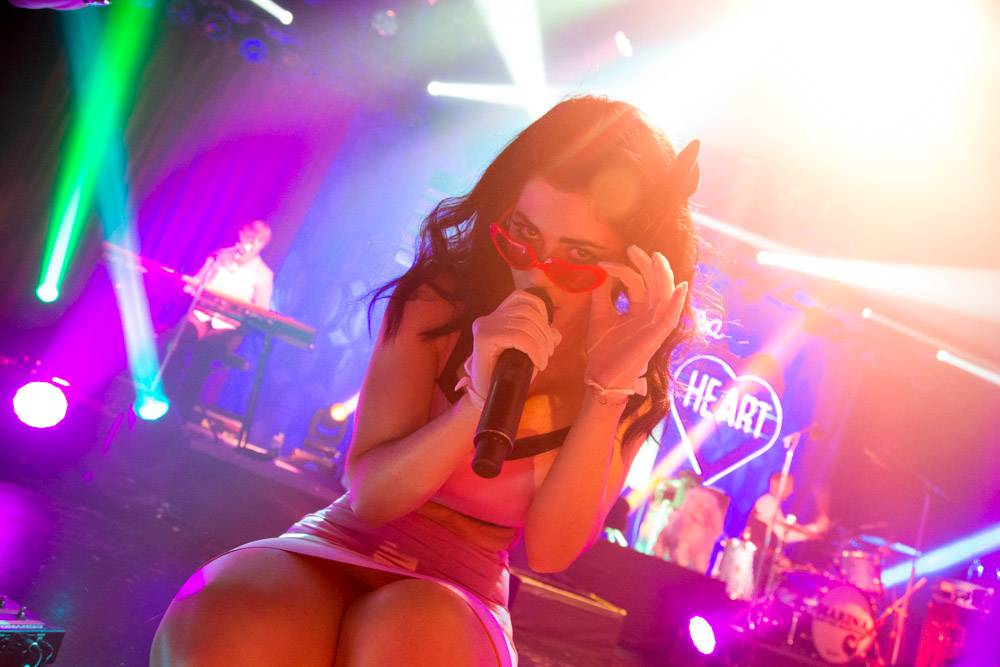 Diamandis createdÂ MarinaÂ and The Diamonds (it’s just her, the Diamonds are the audience) in 2005.

“In 2012,Â MarinaÂ reached her potential as an outstanding British song-writing talent and dazzling pop performer, anÂ uncompromisingÂ spirit and pop-art intellectual who singlehandedly fashions the ideas for her art-work, videos, website content and striking live performances. She embarked on both a UK headline tour and as support to the mighty Coldplay, jet-packed onto the mainstream stage onÂ their colossal European Stadium Tour, at the band’s personal request.”