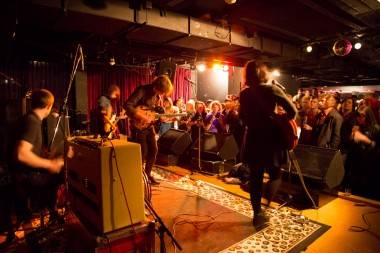 According to the press release, “Waiting For Something To HappenÂ is a bold and deliciously assured leap forward which sees the quartet of Roxanne Clifford, Patrick Doyle, James Hoare and Marion Herbain easily throw off the tongue in cheek references to ghostly romances and suicides to elegantly distill the essence of an aimless twenty-something existence – the collective anxieties, tensions and confusion of moving from adolescence into fully fledged adulthood – into a set of immaculately conceived and perfectly wrought pop songs.”