The event takes place from Nov 28-Dec 2 on the slopes of one of B.C.’s premier alpine destinations. TheÂ Whistler Film Festival SocietyÂ plays a leading role in the development and production of Canadian film and new talent through charitable support, which culminates in the annual year-end festival. This year’s theme: Â prepare to be inspired.Â

The spotlight is on Harry Potter starÂ Daniel Radcliffe. On Nov 30, the fest will honour the British actor’s career, which includes a return to London’s infamousÂ West End Stage in The Cripple of Inishmaan,Â as well three hotly awaited films. In Kill Your Darlings, which dramatizes a murder that purportedly ignited the Beat movement, he portrays a young Allen Ginsberg.Â He also costars with the adorableÂ Zoe Kazan in the romantic comedy The F Word,Â and is currently filming an adaptation of Joe Hill‘s novel Horns in Vancouver.

Besides honouring Radcliffe, this year’s WFF will present its annualÂ Trailblazer Award for Acting and Scriptwriting toÂ Rashida Jones, for showcasing her aptitude in both comedic and dramatic roles, as well as establishing herself as one of Hollywood’s up-and-coming screenwriting talents.Â Variety’sÂ Executive EditorÂ Steven Gaydos will present the honor on Nov 29. Afterward, the film fest will screenÂ Celeste and Jesse Forever, a 2012 romantic comedy co-written and co-starring Jones. Actor and co-writer Will McCormackÂ will attend the screening and join in the evening’s discussion. 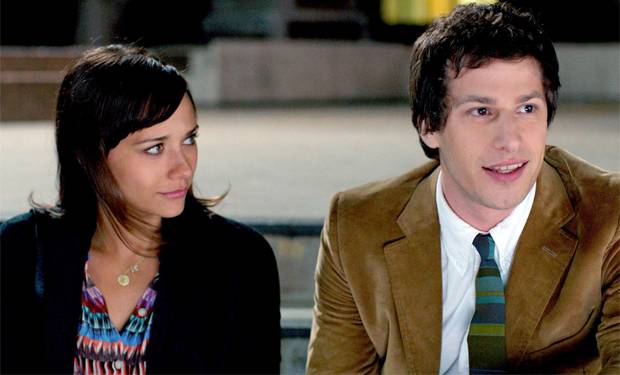 In addition to saluting Jones, the WFF will present the Trailblazer in Animation Award toÂ Eric Beckman, founder and CEO of New York-based indie GKIDS. His company is responsible for distributing alternative and intelligent non-studio animated fare world-wide, includingÂ Francois Laguionie’sÂ The Painting, which the fest screens Dec 1. Â