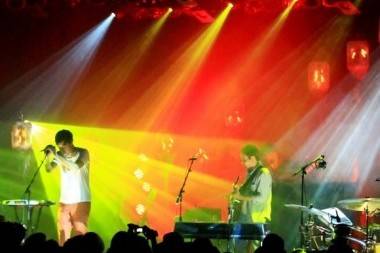 The 90-minute set featured a prominent mix of songs off of both Shields and Veckatimest. Highlights included the dreamy, ethereal “Cheerleader”, the unconventional “Lullabye” (featuring Droste on the autoharp) offÂ Yellow House (the band’s 2006 album) and the smokey, after-hoursÂ Shields number “What’s Wrong”.

Although fan favourites like “Yet Again” or “While You Wait For The Others” incited instant recognition (often followed by group-singalongs), there were also a few surprises. One of such was the spectacular “Gun-Shy”, a subduedÂ Shields track that, live, was absolutely gorgeous.