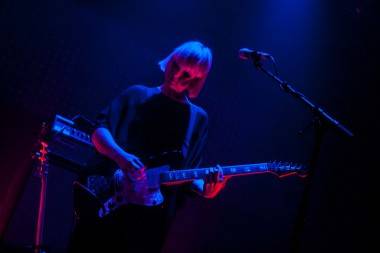 Writing about the group’s last appearance at Venue, Jacqueline Ronson said: “TheÂ RaveonettesÂ infected the audience with their perverted noise from the first drumbeat. Sune Rose Wagner looked ultra-confident with his borderline-androgynous style.Â Sharin FooÂ was a total bombshell blond with her long, stockinged legs and platinum bob. Together they commanded the stage like a master-and-mistress tag-team. The light show was nearly seizure-inducing. The volume was temporarily deafness-inducing. The performance combined the theatrics of a stadium show with the intimacy of a dive bar gig. In a word, it was perfect.”