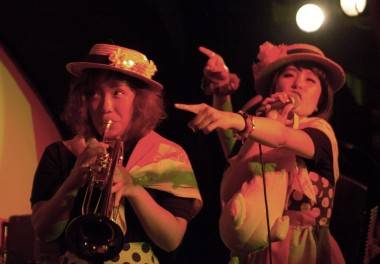 Charan-po-rantan, second on the four-band Next Music from Tokyo Vol 4 bill, charmed the collective pants off of those of us packing the Waldorf on Wednesday night.

Led by sisters Choharu (a world-class accordion player) and Momo (singer), the seven-piece all-girl band – not one of whom stands more than 5’2″, I’m almost sure – won us over with their French Riviera outfits (polka-dot skirts and straw boaters), Momo’s huge smile and stage banter (“I’m Momo” [pause]; “I’m 19!” followed by loud cheers from the audience), and a lively Eastern European folk-pop hybrid.

The group also had some pretty cool merch, including cellphone cases and “lovely tights” (as they were described on the handmade sign) inscribed with “Charan-po-rantan” and various cartoon creatures. 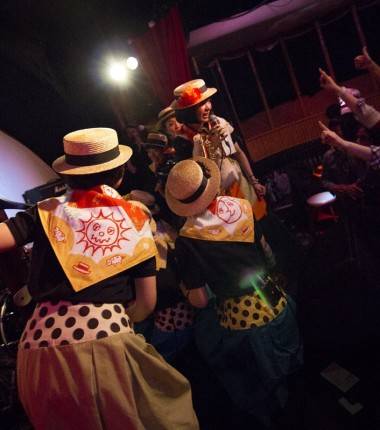 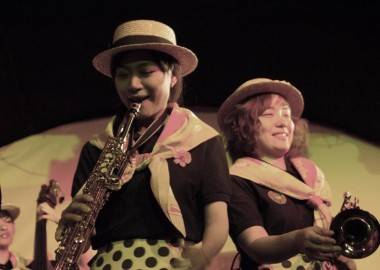 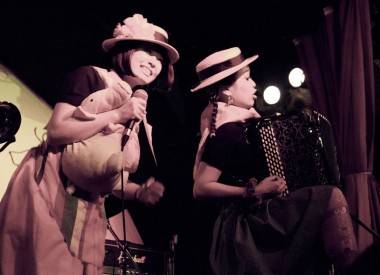 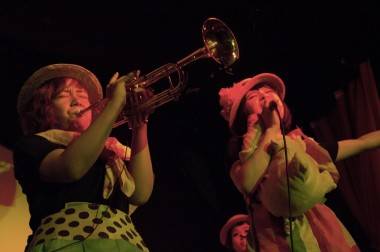 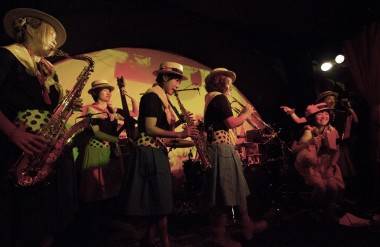 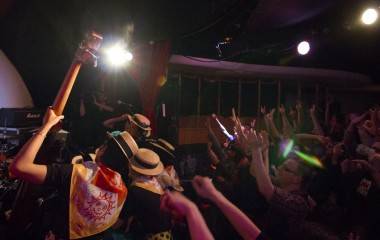 This was the last night of the four-date Canadian tour (two shows in Toronto at the Rivoli and one in Montreal), and organizer/host Steven Tanaka assured us from the stage that the girls were sad to be going back home the next day.

We only caught the first song of third actÂ Group_inou, however (we wanted to see Best Coast at the Biltmore), but photog Tamara Lee stuck around though and got these pics. 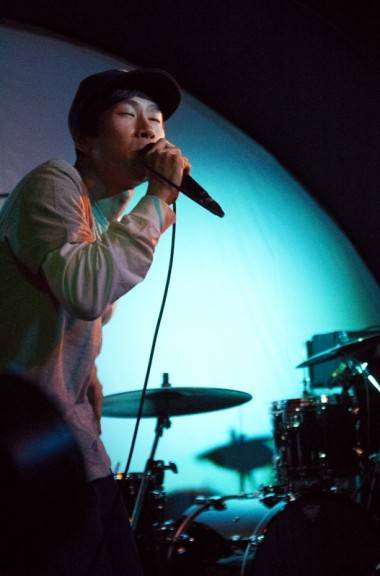 Group_inou at the Waldorf May 23 2012. Tamara Lee photo at The Snipe 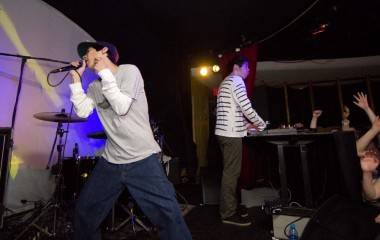 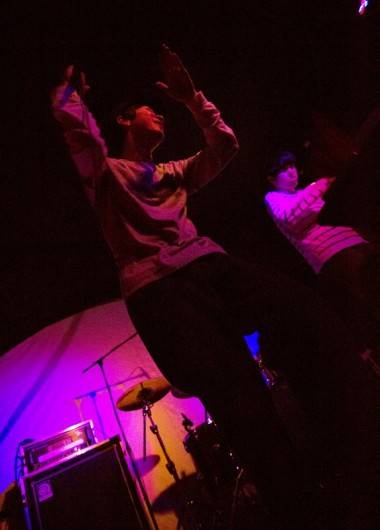 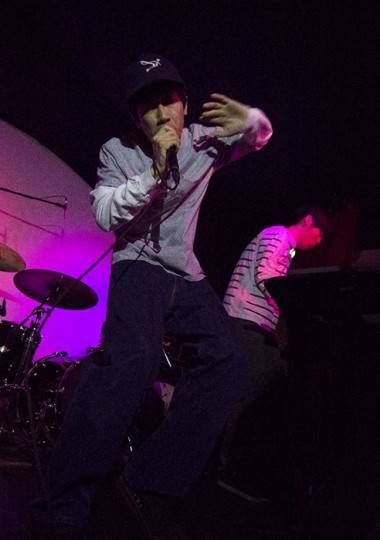 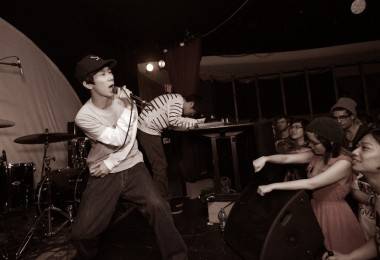