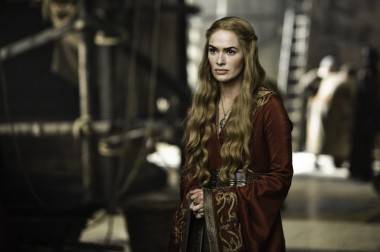 What a huge difference having read the book makes.

I spent the first season of Game of Thrones in almost complete and utter confusion; in fact it seemed the more I watched the episodes (some as many as three times, although admittedly not chronologically the second and third times) the more confused I became.

But over the summer and the fall I read the first three books. Tonight, watching the first episode of season two, which is based on the second volume A Clash of Kings, was a revelation.

Considering how confusing things are going to get for those who haven’t read A Clash of Kings, producers D.B. Weiss and David Benioff (who also wrote the opening episode) did an exemplary job of setting us up for what’s to come. There were also a number of strong scenes, the strongest belonging to Lena Headey as Cersei Lannister. One of the things people love about Game of Thrones is the complexity of the characters, and though it’s easy on paper (figuratively speaking – she’s also complicated in the books) to despise the evil queen and mother of the awful Joffrey, she does have those moments where she earns, if not sympathy, than grudging admiration. This was especially true in her encounter with Lord Baylish, which left the guy quaking in his pantaloons.

Benioff and Weiss also chose to open the episode with a scene showing what an absolute git newly-crowned king Joffrey is. It’s a smart decision because the scene also reminds us of torrentially fraught the relationship now is between Joffrey and Sansa, Ned Stark’s daughter. Still engaged to the boy-king, who beheaded her father in an episode shocking to anyone (like me) who hadn’t read the first book, she now has to do everything she can to curry favour and not get her own head chopped off. And the first few minutes also reintroduce everyone’s favourite character, the imp Tyrion Lannister (Peter Dinklage), and let us know that he knows that Sansa is now just saying whatever she can that might spare her life. Nicely done.

Confused yet? Don’t worry, you will be. 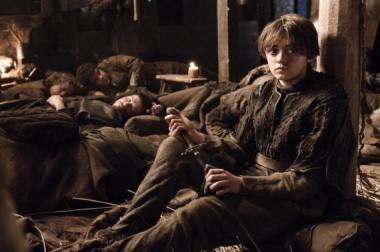 In fact I have few complaints to make about the episode. Benioff and Weiss are definitely on the right track with season two, giving the fans what they crave (the best scenes and characters) and newcomers enough information to figure things out (if they try – although I highly recommend reading the books). They have their work cut out for them, but with fan support growing – this was easily one of the most highly-anticipated series openers ever for a cable series, I’m guessing – they’ll get us in fine style to season three.

And then we’ll see some must-see TV.