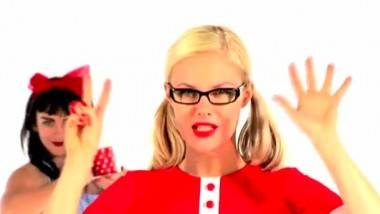 Alice Ai has just released her first video, for the song “Almost Happy”.

Alice Ai is the nom de plume of former Vancouverite Kym Brown, who is now living London and hanging out with the cool people. Alice Ai last performed in Vancouver in the summer, opening for Dragonette at Plaza of Nations among other shows.

“Almost Happy” is cute and sassy with a deadpan neo-rap verse and a pop chorus; the video is a fun, colourful clip that features 99 (or thereabouts) red balloons.