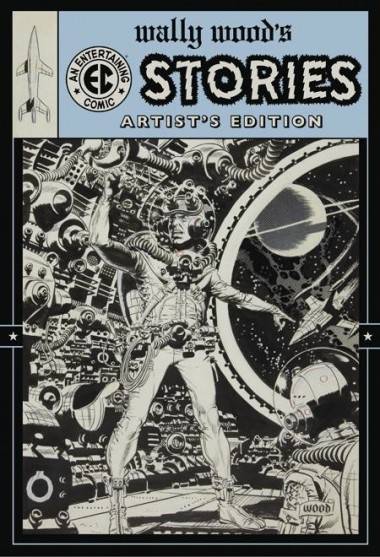 Even though The Avengers is probably going to be one of the biggest movie of the year, and otherwise sane citizens will be talking about characters called Iron Man, Hulk, Black Widow and Hawkeye (well, probably no one’s going to be talking about Hawkeye), some corners of comicdom will be forever beyond mortal ken.

It’s not that the book isn’t magnificent (it is) or unsuccessful (it’s already sold out of its initial print run). It’s just that Wally Wood, a cartoonist whose career spans over 30 years, is a comic artist’s comic artist. Jack Kirby and Steve Ditko are like that too; you can explain why they’re great to a non-comics fan until you’re blue in the face, but to the unbeliever – usually people who didn’t grow up on the stuff – you’re just another stunted adolescent who likes Thor.

IDW Publishing’sÂ Artist Edition series, of which the Wally Wood volume is the fourth, reproduces work by celebrated artists in the medium from the original art, in beautifully put-together hardcover books at hefty boomer prices. The Wood book is an enormous 15″ by 22″ and cost this non-boomer (though close enough, I suppose), including shipping charges when I couldn’t locate it in Vancouver and tax, $160.

After the initial sticker shock, would the non-fan be impressed to learn that the book collects a number of Wood’s stories from the ’50s groundbreaking line of EC comics, including Weird Science and Two-Fisted Tales? Or that it also includesÂ many covers as well as “Spawn of Venus”, a 3D sci-fi story presented not in 3D but in a layered format that gives the tale a rich, swampy look? Probably not. 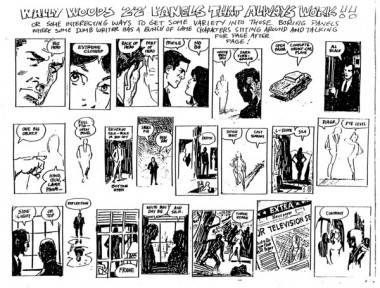 But for comics and Wood fans, Wally Wood’s EC Stories Artist’s Edition is pretty much as good as it gets. EC brought together what is still probably the finest collection of artists to ever grace the form at one time – pioneering and brilliant craftsmen like Bernie Krigstein, Harvey Kurtzman, and Jack Davis – and turned them loose on genre stories that, for the time, could be quite sophisticated.

Not all of them, though. And whether you’re already familiar with these comics or not, you’ll want to skip actually reading Al Feldstein‘s sci-fi tales that usually turn out to be Bible riffs. They’re damn wordy, too, and the captions and dialogue unfortunately often seem to crowd Wood’s art, even in this massive format.

The twoÂ Ray Bradbury adaptations, however, work beautifully, and the war stories, often written by Kurtzman but Wood as well, are a little smarter, a little more engaging. “Came the Dawn”, the only non-sci-fi or war story, is nonsense, and almost scandalously so, considering its one-night-stand storyline and barely-clothed heroine. (Sample dialogue: “That night Cathy was a furnace of consuming passion and I was her stoker.”) 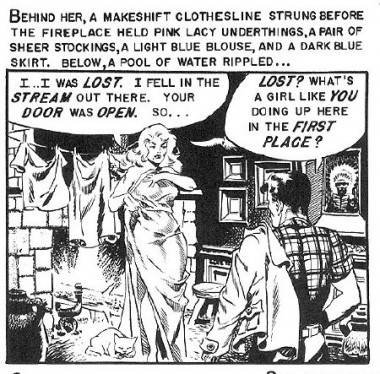 But anyone picking up this book isn’t coming for the words, but the art. And Wally Wood’s EC Stories delivers a rich stream of beautifully rendered panels starringÂ square-jawed, tightlipped spacemen and voluptuous women and weary soldiers, phallic rockets and retro-futuristic interior design and war-littered battlefields. Wood’s wonderful use of blacks and shading, his imaginative and detailed backgrounds, his seemingly innate sense of page and panel and figure layout and storytelling make this collection into a veritable eyegasm – and that’s before you get to the cover gallery.

Sadly, Wood’s story is a tragic one; he struggled with alcoholism and committed suicide by gunshot at home in Los Angeles in 1981, at 55. With the publication this year of both the Artist’s Edition as well as Vanguard’s collection Strange Worlds of Science Fiction, he might finally be getting his due. Perhaps even non-comics fans will discover this amazing artist. 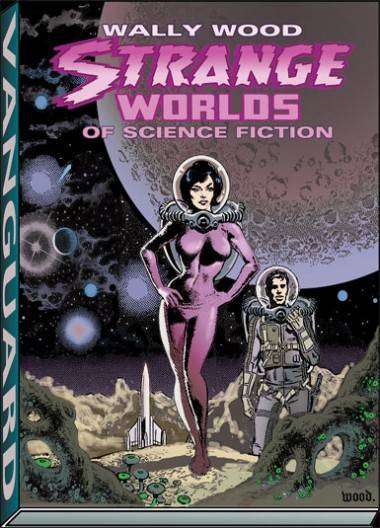 The first printing of Wally Wood’s EC Stories Artist’s Edition has sold out, but IDW is printing more this spring. You can pre-order them on the IDW website.

One response to “Square-jawed rocketmen and voluptuous space vixens”