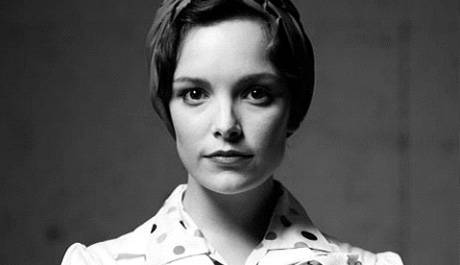 Die Antwoord, District 9 – and now we can add Jodi Balfour to the list of South African cultural exports to North America.

The Cape Town-raised actress, currently playing rich-gal-with-something-to-prove Gladys Whitmore on GlobalTV’s WWII-era drama Bomb Girls (also starring Meg Tilly), came to Vancouver just over two years ago. Since moving here for the acting opportunities and to be closer to her parents on Vancouver Island, Balfour has not only landed a lead role in Bomb Girls, but she’s also opened, with two friends, a coffee shop. Nelson the Seagull sources local foods and provides a nice large space for local coffee connoiseurs in the Vancouver’s increasingly trendy Gastown neighbourhood

When between roles and not overseeing her coffee business, the former Miss Africa pageant finalist can be found doing yoga, swimming or learning the ukulele. You can follow her on Twitter here @JodiAnneBalfour.

We reached her a few days before the Feb 8 airing of the finale of the six-episode (so far) Bomb Girls. (Editor’s note: since posting this interview, Shaw Media has announced production of 12 more episodes.) 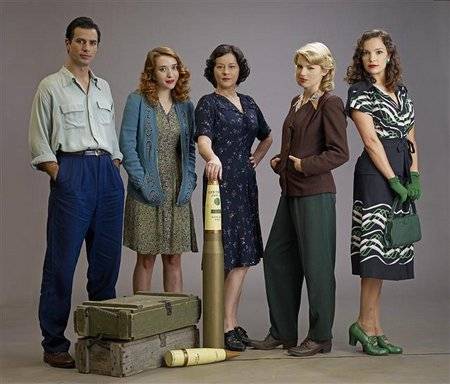 Shawn Conner: I imagine shooting on Bomb Girls in Toronto ended a while ago?

Jodi Balfour: In November. Then I was in South Africa for awhile.

SC: And while you were in Toronto, were you researching the coffee scene there?

JB: The coffee scene in Toronto is quite exciting. Any free time I had I tended to find a new neighbourhood and do a bit of research. It’s very similar to Vancouver’s. Toronto on the whole feels a little bit more gritty, which translates into the coffee culture as well. Things are a bit more edgy and independent. A lot of the more independent coffee shops are very different from each other, from relative holes-in-the-wall to big spaces. It feels like the Canadian coffee culture is growing monthly.

SC: In North America we know South Africa through the band Die Antwoord and the movie District 9. What are we missing?

JB: We have a really awesome theatre industry, really interesting stuff that’s going on. And a really interesting restaurant and wine scene. South Africa is known for its wines, but it’s funny seeing the kind of South African wine stocked in liquor stores and just not even offered in restaurants, what people can get their hands on here is fairly dismal, it’s the stuff 16-year-olds buy at house parties to get drunk.

We have a really, really burgeoning foodie industry, in Johannesburg especially, the dining industry is so exciting. And in the past it’s been difficult to make any kind of local film, and I think that’s changing.

There’s lots to watch out for. It’s a very beautiful and culturally diverse, rich, friendly – one of my favourite places in the world, and I try to say that as objectively as possible. It competes with the best parts of the Mediterranean.

SC: Are you a Die Antwoord fan?

JB: I’m not. I went to their concert, their first one here in Vancouver. And I went with my South African friends. I thinkÂ  Angus and Julia Stone were playing the same night just down the street and we’re big fans of theirs but we thought No, we’re going to go to Die Antwoord, it’s fun and it’s local, it’ll be awesome to see what other people’s reactions are. I left before it was even done. I don’t know if it was the combination of not-great sound in the venue and just feeling a bit overwhelmed, but it was a bit too much. I’m a folk fan.

SC: If I was from South Africa and that was all that was being exported, I’d be alarmed.

JB: They’re pretty stand-alone in terms of South African music. There’s not many people in South Africa like them. And they’ve also made themselves famous by satirizing a very specific niche of South African civiliation – they’re glamorizing the poorer, less educated group. Which is wonderful on one hand – you don’t ever really know about that kind of stuff – but sometimes I find it offensive.

SC: I read that the role of Gladys Witham in Bomb Girls was “coveted”.

JB: Yes, apparently. That’s what everyone kept telling me that when I got the job. It’s a funny thing, the casting process. When you don’t book a job that you’re very attached to, people are very quick to say It has so little to do with you. The role an actor plays in getting cast is probably like nought point nought five per cent, so many other factors come into it. But when you do book a job, and a job like Bomb Girls – everyone told me I fought out every girl in North America, they cast out of L.A. and Vancouver and New York and Toronto, but the point is those same things still apply. I like to think my acting had something to do with just me, but it had very little to do with just me and a lot to do with a number ofÂ  factors that aligned and worked in my favour.

So I feel very lucky and grateful to have the opportunity to play this role, but it wasn’t just me. There were other reasons I got cast. 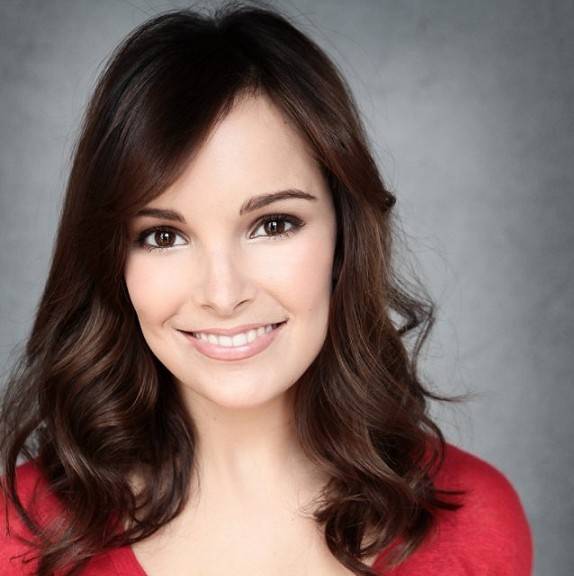 SC: Were you familiar with Meg Tilly before you landed the role? You might not even have been born when The Big Chill was released… [1983]

JB: I had heard the name but I think more because of Jennifer Tilly. I’m familiar with Agnes of God, the play, though I hadn’t seen the movie. We read the play in high school. I was going to read her books and things before but I wanted to form a human-being-to-human-being relationship with her before I read about a part of her life that would only be shared with me through the book. I still have yet to do that.

She’s the most incredible person. As though the project couldn’t get any cooler, it did when I got to meet and work with Meg Tilly.

SC: When will you know if the series will be picked up for more episodes?

JB: I have no idea. I wish I knew. There were rumblings that we should know mid-way through. I know very little about that side of things, I think it’s largely to do with the viewership. But that hasn’t really led to any concrete decisions. They have a couple more months to let us know, so it could be any time between now and April.

SC: Are you going to watch the season finale on Wednesday?

JB: I might have a ukulele lesson but I will watch it afterwards or the next day. It’s a bit of a strange thing to watch the show as it comes on. I’m learning so much – less from watching my own performances and more from everybody else’s. it’s such a luxury. Because I was on set so much I tried to watch other people’s scenes as much as I could, even on the day, and to being able to compare that experience with them in front of me to now seeing them onscreen edited and cut together, it’s been a really interesting learning experience. I really enjoy watching the show for those reasons. And just to remember, and all the nostalgia. It’s quite an easy show to enjoy, even being in it.

Can’t believe it’s already the season finale. I feel like I got the phone call telling me I was cast just a few days ago and it’s all coming to an end. 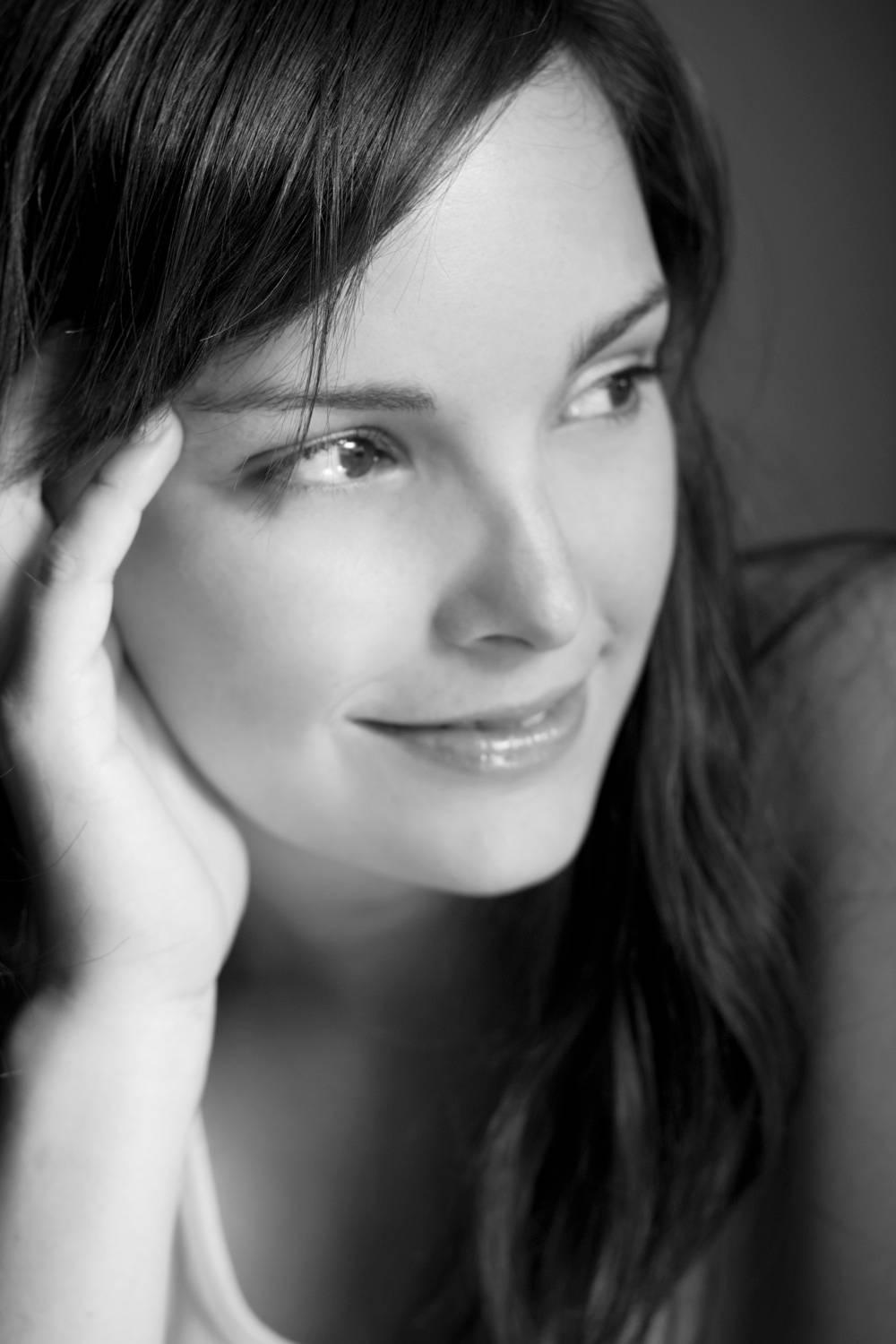