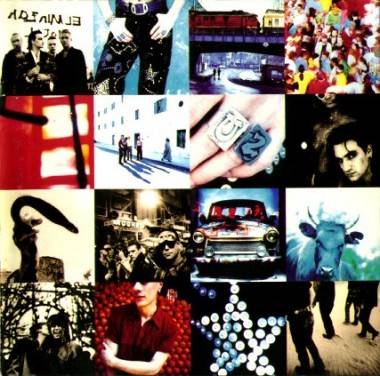 DVD/Blu-ray review – From the Sky Down

In 1990, U2 had become tiresome. The group was considered, at best, an earnest arena act that had wrongheadedly gone mucking about in America for its album Rattle and Hum and, at worst, musical dilettantes and pretentious poseurs. At least, that’s how the group members Bono and The Edge, self-aware enough to realize that they were on their way to becoming something their younger selves might have despised, saw things.

From the Sky Down (and it wouldn’t be U2 with at least a dash of pretension), directed by Davis Guggenheim (An Inconvenient Truth), seeks to capture a defining moment in the career of one of the biggest bands in the world. As Bono is fond of saying in this documentary, just out on Blu-ray/DVD, the band had to destroy what it was in order to become what it needed to be. Or something like that. 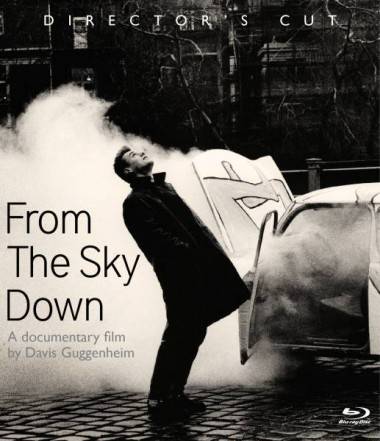 The inspiration for the documentary seems to have come from rehearsals for U2’s first Glastonbury appearance in 2009, for which they decided to play the entirety of Achtung Baby. From the Sky Down begins with rehearsals (in Winnipeg!) for that show and ends with a thrilling live performance of “Even Better Than the Real Thing”. But the doc is more concerned with the dilemma facing the band post-Rattle and Hum, when the four Irish schoolchums – or at least Bono and The Edge; bassist Adam Clayton and drummer Larry Mullen Jr. seem a little clued-out – realized they were getting dangerously close to self-parody and were rapidly heading towards irrelevance.

To dramatize this crossroads, Guggenheim combines present-day interviews with the principals, including producers Brian Eno and Flood, photographer Anton Corbijn, manager Paul McGuinness (who produced the documentary) as well as with band members, with archival footage and even animation (but no Al Gore pie charts). 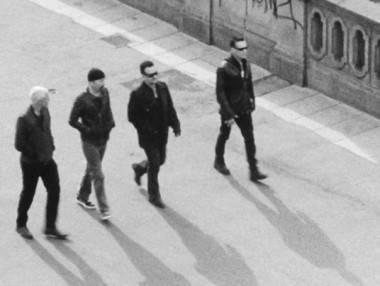 In some ways, From the Sky Down is like last year’s The Promise, the documentary about Bruce Springsteen and the E Street Band‘s attempt to make what would become Darkness on the Edge of Town, their follow-up to Born to Run. Like that effort, entertainment value is more or less proportional to the viewer’s feelings about the band (I quite enjoyed both). But where Springsteen and band were stuck in the studio, recording and re-recording, U2 was in rehearsal spaces trying to come up with an antidote for “I Still Haven’t Found What I’m Looking For”.

The result of all this soul-searching and angst was of course the album Achtung Baby, which came out just a couple of months after Nevermind came along and washed away much of what had come before. It turns out that Bono and The Edge had been right to be worried after all; but instead of being shuffled off to the retirement home for past-it rock stars, U2 was able to counter with a hard-edged, even experimental record that showed they still had some fire, as well as the ability to knock off a great rock song.

This was the era that would lead to Zooropa and Pop, and eventually (skipping a decade) to No Line on the Horizon; but we didn’t know that then, and neither could the band.