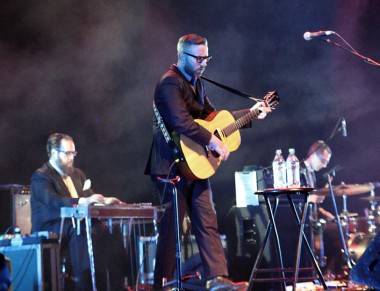 City and Colour on the first of two nights at the Queen Elizabeth Theatre. Fronted by Dallas Green, the band is on tour for itsÂ third album, Little Hell.

Green is also known for his contributions as the vocalist, guitarist and songwriter for the post-hardcore band Alexisonfire. He released his first full-length album, Sometimes, in 2005.