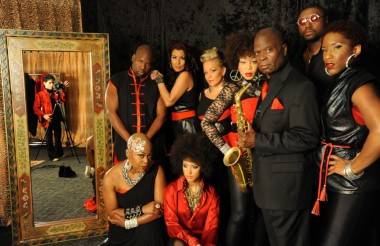 Just after two, after we’d all been made to finish any drinks we still had – no standing around nursing a drink after last call here; what up, Seattle? – and following an opening set by soul/funk outfit Opus andÂ  an hour of righteously selected tunes from DJ Rashida, the New Power Generation sans its leader appeared.