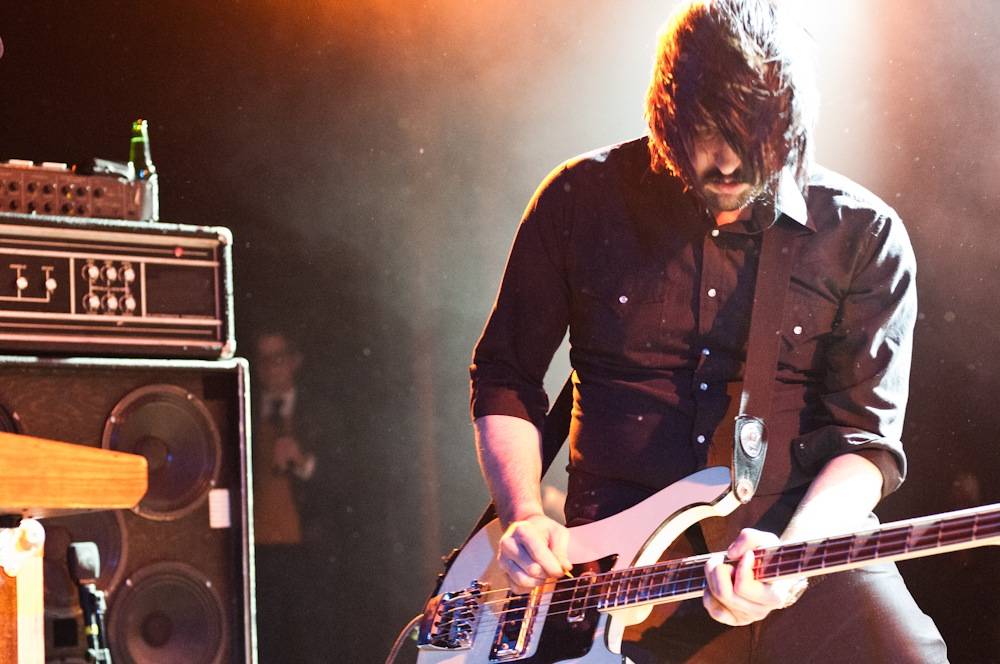 In 2006, thousands of disheartened fans thought they had seen the last of Toronto noise-rock outfit, Death from Above 1979.

to creative and personal differences, Jesse F. Keeler and Sebastien Grainger decided to call it a day shortly after the release of their masterful 2004 debut album You’re a Woman, I’m a Machine. It was a record that turned heads for its gut-punching punk sound, menacing synths, and Grainger’s blood curdling screams. They were undoubtedly one of the most unique and audacious acts to emerge from the Canadian music scene in years, allowing future artists to delve into styles and genres that had been reserved for underground clubs and grimy basements, rather than massive festivals, concert halls and stadiums.

Many mourned the split of the volatile but brilliant duo, so when they announced their triumphant reunion in 2011, the news was met with enthusiastic and even emotional responses. Their re-appearance seemed as spontaneous as their disbanding, starting with an optimistic message from Grainger on their website: “Though I am usually a pretty rational guy, if I have something on my mind and I see an 11 somewhere, I know I’m on the right path. It’s one of my last remaining superstitions. 2011 has a nice ring to it and if you’re so inclined, it may be the last year ever! So why not say YES? Why not say YES to Coachella? Why not say YES to playing the music we designed to be an undeniable source of power?”

As you can imagine, the crowd at last night’s Commodore Ballroom show was overly pumped to witness the controversial group’s comeback. It was the first of their two-night stint in Vancouver (the Sunday night show was added after the first date, tonight, sold out in the blink of an eye), and the final stop on the North American leg of their tour. Dressed in opposite colors, Keeler in full black attire and Grainger covered head-to-toe in white with a bleach blonde mushroom cut, their outfits alone showed their opposing but complementary personalities.

Keeler remained mysterious and intense for the most part, scraping on his bass guitar and creating glorious and dogged tones, occasionally taking a swig from his beer. On drums and vocals, Grainger was outgoing and brazen, sharing entertaining stories like how the tear at the crotch of his pants had been giving his poor band-mate a full view of his junk for the past few months. Their differences aside, it seemed like all past gripes and disputes seemed to have dissolved between the two old friends. The proof was in their solid and domineering performance, a non-stop barrage of dance-punk numbers from their first and only album.

They played a fully committed set, clearly grateful for their loyalists. During “Blood on Our Hands”, Grainger actually stopped during the intro and asked for a re-do after a minor flub, not wanting to give fans anything less than a perfect rendition of one of their favourites. He later admitted, “Vancouver is the first place that paid attention to our band.”

It was clear that the room was filled with diehards, singing and jumping along to all of DFA’s aggressive tracks, and creating one of the largest mosh-pits I have witnessed in a fair bit. Crowd surfing began literally within the first 30 seconds of the show, and led into some stage diving, circle pits, and beer geysers. It was absolute chaos on their biggest hits “Romantic Rights” and “You’re a Woman, I’m a Machine”, everyone feeding off the sense of renewed vigour and energy from the band.

In fear of the duo disappearing again, the audience begged for an encore. Grainger pretended first to be a custodian, cleaning up the sweat off the floor, then running off and returning to the stage riding a broomstick as the Wicked Witch of the West. He’s definitely as quirky and unpredictable as they get. DFA 1979 closed with “Losing Friends”, hopefully not an omen of another break up. I have an inkling fans wouldn’t be able to take that disappointment a second time around.

More Death From Above 1979 at the CommodoreÂ photos:

One response to “Death From Above 1979 at the Commodore Ballroom”