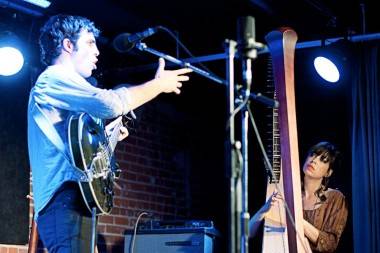 The Barr Brothers opening for Little Scream at Electric Owl in Vancouver.

The band was founded in Montreal by American brothers Andrew and Brad Barr, formerly of the Boston band The Slip. They added harpist Sarah Page to the lineup along with Andres Vial. They released their self-titled debut in September.

Video – The Barr Brothers, “Beggar in the Morning”: