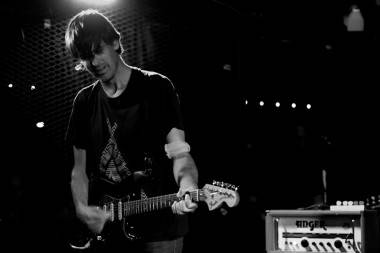 Photos – Stephen Malkmus and the Jicks at the Biltmore Cabaret, Vancouver, Oct 12 2011

Stephen Malkmus and the Jicks at the Biltmore Cabaret in Vancouver Wednesday night.

The show was one of the last North American dates of the band’s tour in support of their new album Mirror Traffic. Band members include Joanna Bolme on bass, Jake Morris on drums and Mike Clark on guitar.

It was a sold-out, or pretty close to it, show, and proved that Malkmus still has it; at the beginning he joked about someone calling the band “The Grateful Dead on acid”, but he pulled some great guitar solos out of the ether. Malkmus and The Jicks also did a cover of the 1978 Sweet hit “Love is Like Oxygen”.