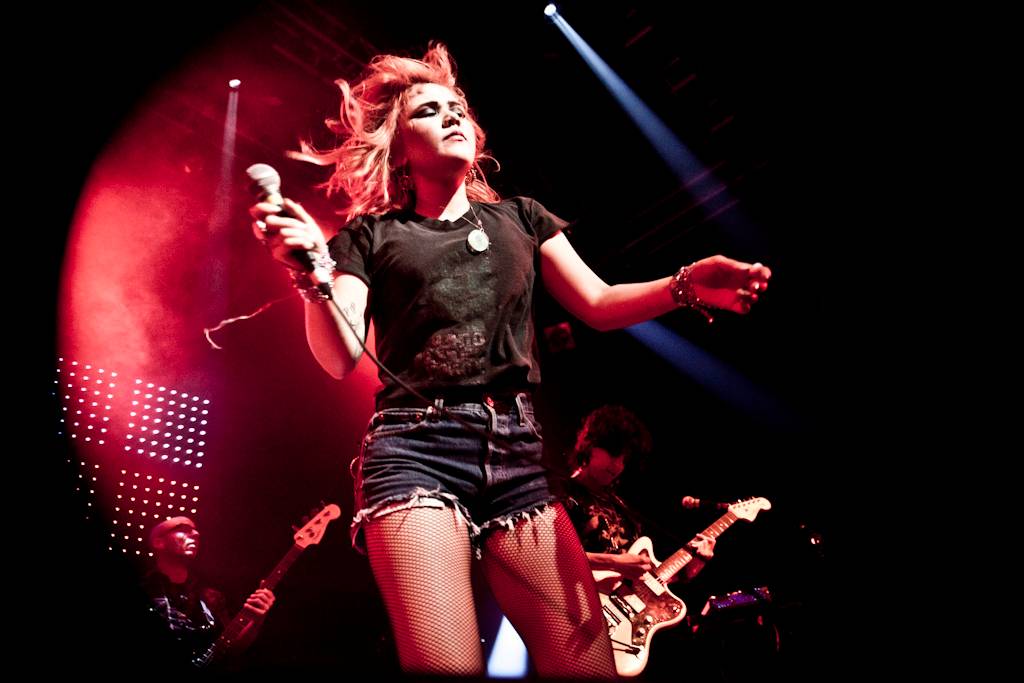 Playing songs like “Hits Me Like a Rock” and “I Love You” from their latest La LiberaciÃ³n as well as “Music is My Hot Hot Sex” and “Off the Hook” from their 2006 self-titled Sub Pop debut, Lovefoxxx and her cohorts whipped the small but enthusiastic Saturday night audience into party mode.