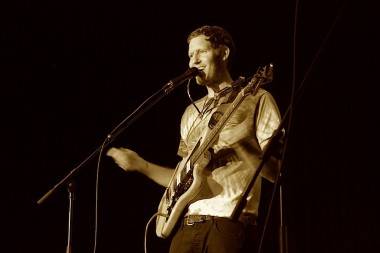 Chad VanGaalen came onstage just after 10 p.m. Friday night at the Rickshaw Theatre. It was a sold-out show.

The Calgary-based singer/songwriter fiddled around with his gear onstage for several minutes. Finally he began to play a song solo on guitar. Then a bearded guy came out onstage with him. They shared an uncertain look and then the bearded guy, who turned out to be the bassist, stepped up to the other mic and sang along on the next song, which I think may have been “Shave My Pussy” off VanGaalen’s latest album, Diaper Island. 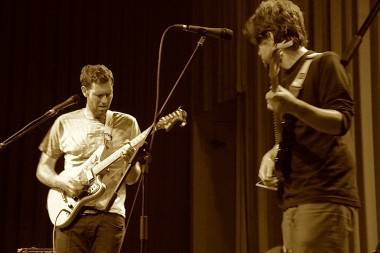 Two more band members, a second guitarist and drummer, filed out. The full quartet played more of VanGaalen’s songs. The lyrics were uniformly interesting and the melodies often (though not always) bittersweet. Sometimes VanGaalen would close his eyes in concentration as he strained his voice to the most of its pained, tremulous pitch.

In between songs the singer would stop as though he didn’t know what to do next and say something to the audience or his band mates. Then he’d do another tune, such as “Sara” from the new record.

Halfway through the show I realized I was utterly bored. 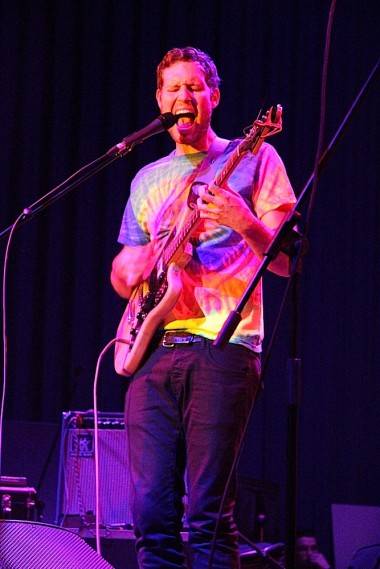 I left the balcony for the floor, thinking this would help. It did not. VanGaalen’s performance seemed just as lethargic and meandering up close as it was from afar. It might even have been worse.

At one point, earlier in the show, he had apologized for his previous Vancouver appearances. I had thought he was kidding at the time. I realized that he was not. 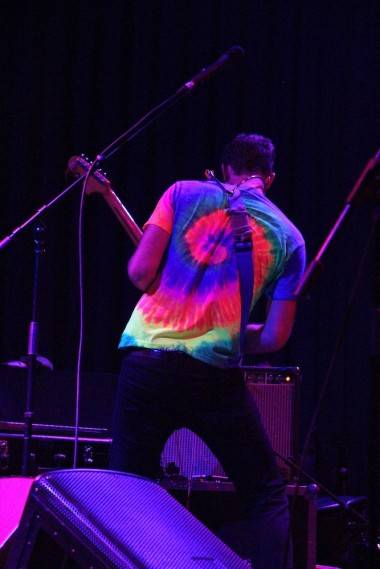 There was a punk song that had some energy – it was “Freedom for a Policeman”, also off Diaper Island. I don’t think he did “Willow Tree”, a track from a previous record that I was hoping to hear. He did say something about the strong Oregon weed he and his bandmates had picked up. They did a last song, left and came back out for an encore. They did another song, looked at each other and decided they had nothing else in them. It was just after 11.

It was the lamest show I’ve seen so far this year. 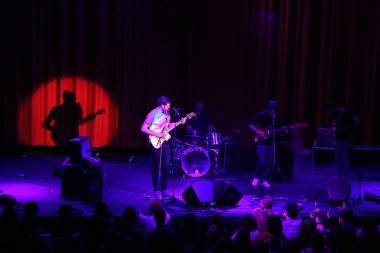 3 responses to “Chad VanGaalen at the Rio Theatre”