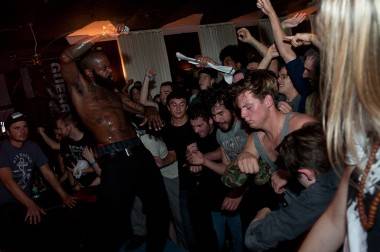 Well, I guess it shouldn’t be a surprise that things would get crazier as the weekend hit.
But after Fat Tony’s little outdoor teaser show, I don’t think anyone was ready for the insanity that is B L A C K I E (as in his url, http://blackieallcapswithspaces.com/)

The man is a decent rapper, but it was all about his over-the-top, very physical performance that’s probably gaining him attention. Stripping down to his red boxer shorts (given, it was a typically muggy hot afternoon in Montreal), B L A C K I E threw his body around, sometimes falling to the ground, other times tackling spectators. He even knocked a guy’s burger to the ground! Insane. (Curiously, Day 3 of POP Montreal was the day for crazy rappers. It started with B L A C K I E , and ended with Death Grips…).

Ska band The Fundamentals kicked off my Friday night with a brilliant performance at Club Soda. This was my 1st time shooting at Club Soda, and my oh my it was a pleasure to photograph in. The stage is big, the lighting is bright and professionally done. Props to Club Soda! I hope to be visiting you more this weekend!

French indie pop band Tahiti 80 played La Tulipe, and although I quite like their records, I found their live performance underwhelming.

Da Pink Noise. An accidental viewing, since I was there to see Kou Chou Ching, and they were behind schedule at Club Lambi. He was entertaining to photograph, due to his over-the-top theatrical dancing, expressions, and half-nakedness, but as for his music? Uh, well, the dj was playing good beats. Ahem.

Kou Chou Ching, a hip hop group from Taiwan, had the punky attitude of early Beastie Boys, with traditional instruments throw in to the mix. But they weren’t dicks; they were quite sweet actually: a couple songs in, they encouraged the audience to “not care about the lyrics, just enjoy the music and dance.” Which everyone did.

With the crazy number of bands to shoot & venues to get to, I could only enjoy Evening Hymns for a couple songs. I would love to see a whole set by this folk rock band, their music is beautiful.

Then to the latino dance grooves of DJ Mr. Pauer. His tracks are irresistible, yet the crowd was much smaller than he deserves. I understand that there was too much going on at the time he was playing at Hohm, but c’mon Montreal (or any city, actually), next time this Grammy-nominated talent comes to town, tell your friends, and get them to tell their friends, and pack the place out! And get yer booty shakin’ all night long. Got it? Good.

The night ended with the much-hyped headlining performance of Death Grips. This band is a force to be reckoned with, blending driving metal, hardcore, rap, and punk into an auditory onslaught. Club Lambi turned into a sweaty, packed house of moshing, crowd surfing madness within seconds of the 1st song. The intensity caught in my photos are but a fraction of the actual intensity of Death Grips’ live performance. Completely awesome. 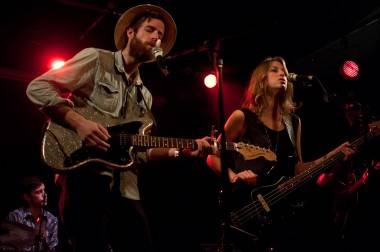 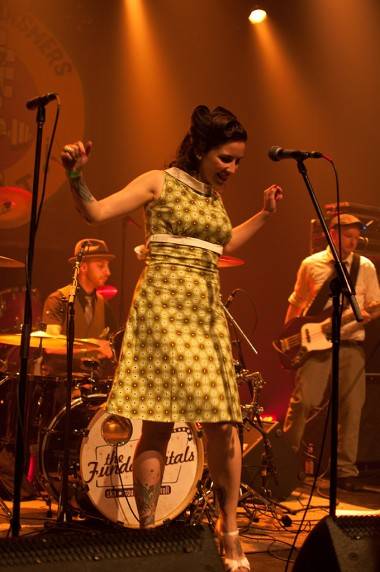