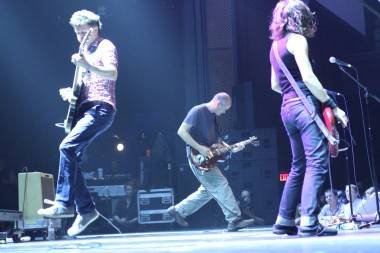 New video from Superchunk for ‘Learned to Surf’

Superchunk has a new video out, this one for the song “Learned to Surf” – which is kind of weird because it was the first single released from last year’s “comeback” album, Majesty Shredding. It’s edited live footage from their last two tours of Brazil: this past spring and 1998â€²s visit, and captures the excitement of the band’s live show.

Of course, it’s not in the artistic realm of the North Carolina band’s previous vid, the cat’s-POV excellence of “Crossed Wires”:

And, why not, some Superchunk concert photos from their Vancouver show last year: