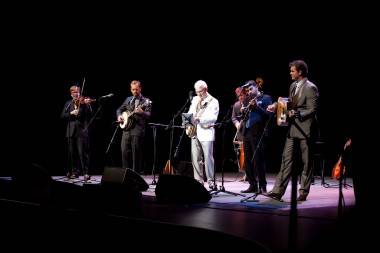 Steve Martin seems to be the closest thing this era has to a Renaissance Man. Short of jumping over a man’s head (polymath Leon Battista Alberti could allegedly accomplish this feat with his feet close together), Martin does it all – and he does it well. A revered actor, comedian, novelist, playwright, now “banjo player” and “singer-songwriter” can be added to his extensive list of talents.

Although he’s been playing the banjo since the age of 16, his skill has gone relatively unnoticed until 2009 when he released his first record The Crow, and received a Grammy for Best Bluegrass Album.Â  At the beginning of his early show at The Centre (the 7:30pm start catered to the predominantly baby-boomer audience), Martin gave fans a brief history of how his partnership with backing band Steep Canyon Rangers came about, although he was quick to clarify, “They are not my band. I am their celebrity. I think every band should have one.” Apparently, they met at a local gathering in North Carolina, where Martin and his wife frequently vacation. After sharing a love for bluegrass, they soon partnered up on his sophomore record, Rare Bird Alert. 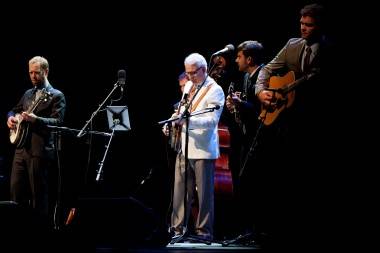 Proclaimed as the “Ambassador of Bluegrass”, Martin and crew showed audiences what their genre of choice was made of. Their opening number, “Pitkin County Turnaround”, was brisk, bright and twangy, and evoked images of the warm, humid south and its rich multicultural history. The Steep Canyon Rangers provided crisp, round and pitch-perfect vocal harmonies on several of the numbers, including “Daddy Played the Banjo” and “Atheists Don’t Have No Songs” and their own composition “I Can’t Sit Down”. All tunes married rhythmic, string-based music with side-splitting lyrics.

A crowd favourite was the other musical-comedy track “Jubilation Day”, where Martin expressed the great feeling of liberation after leaving a toxic relationship. Roaring laughter could be heard throughout the hall after he sang “I’m walking away. My shrink gave his OK. I’m walking away. The self help book implored me”. 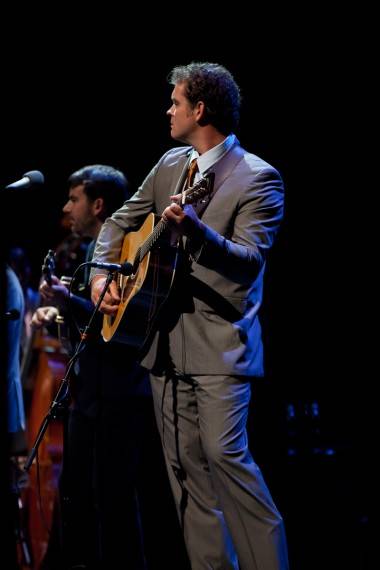 But the show-stealers were “Wally on the Run” and a cover of the bluegrass standard “Orange Blossoms Special”. Both showcased the impeccable talent of fiddle player, Nicky Sanders. Sanders managed to mimic the sound of a barking dog on “Wally” (then Wally actually ran onto the stage and adorably tugged at Martin’s coat), and a chugging train on the latter. The group also illustrated how sentimental and vulnerable the banjo could sound on charming and waltzy tracks like “The Great Remember” and “You”.

Ultimately, the big draw of the night was Martin’s classy and intellectual humour. From the moment he walked onto the stage in his white jacket (to match his trademark white hair), the whole audience was rapt with excitement. Martin himself was giddy the whole night, and there was no shortage of one-liners and asides from the legendary comedian. He cracked about the large number of banjos he toured with, and how they compensated for his four very small penises. He also poked fun at his bandmates, asking singer and guitarist Woody Platt if he got his name from an online bluegrass name generator. Early on, he pointed out his Ipad setlist and his ability to access Twitter on stage. In between songs, he even tweeted “Crowd is especially hot tonight. Laughing. Out. Loud. L-A-U…. abbreviate Loud, L-O-U.”

His flawless delivery both on the musical and comedy fronts obviously kept the audience awe-struck for a good two hours. This is a firm warning: do not miss the chance to witness this living legend perform if he passes through your city this summer. Everyone’s favourite “Jerk” does not disappoint. 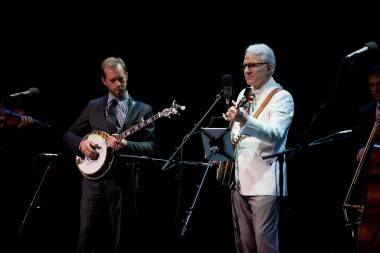 One response to “Steve Martin & the Steep Canyon Rangers in Vancouver, review & photos”