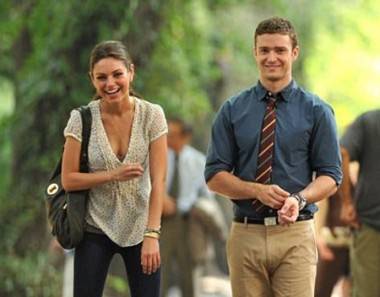 Directed by Easy A’s Will Gluck and starring Justin Timberlake and Mila Kunis, it appears to have been made for people who likedÂ the movie No Strings Attached, from earlier this year, but who were longing to see it done with people that had SOME sex appeal. The end result feels like an unnecessary root canal. 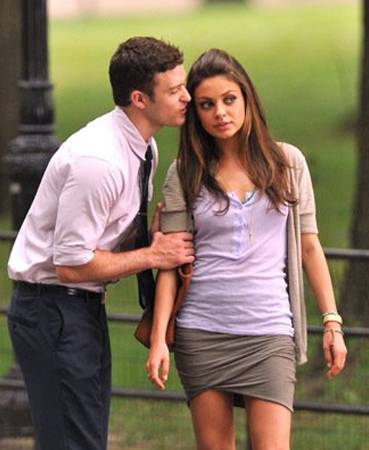 The supporting cast is full of surprises. Woody Harrelson appears in a bonkers portrayal of a gay sports editor who tries to appear wise, but Harrelson never steps outside his caricature. The talented Patricia Clarkson is completely wasted as Kunis’ free-spirited mother, who is merely a paper-thin hippie cartoon. Richard Jenkins does his best trying to legitimately play the role of Timberlake’s Â father, who has Alzheimer’s, but bad direction stops him from acquiring any real depth. And then Jenna Elfman shows up, which is always irritating.