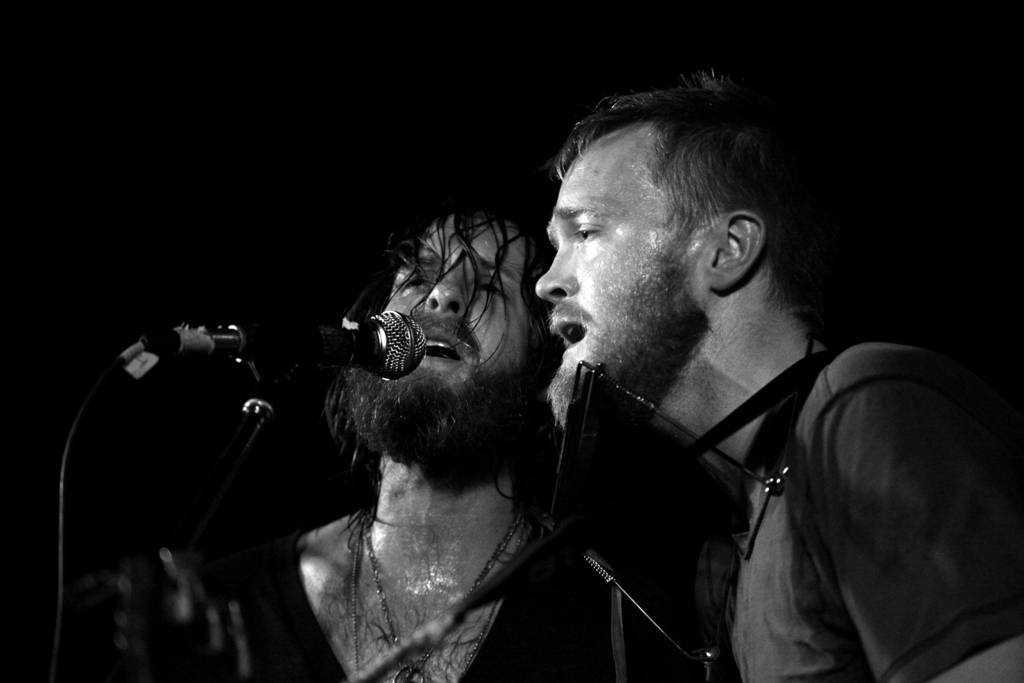 Two Gallants, the San Francisco folk-rock duo of Adam Stephens and Tyson Vogel, took a couple of years off after releasing three albums (The Throes, What the Toll Tells and a self-titled 2007 record, the latter two on Saddle Creek).

With no new album to support, the group played the penultimate show of their first tour in three years Sunday night in Vancouver. San Jose’s The Mumlers opened (photos below).

One response to “Two Gallants at the Media Club”