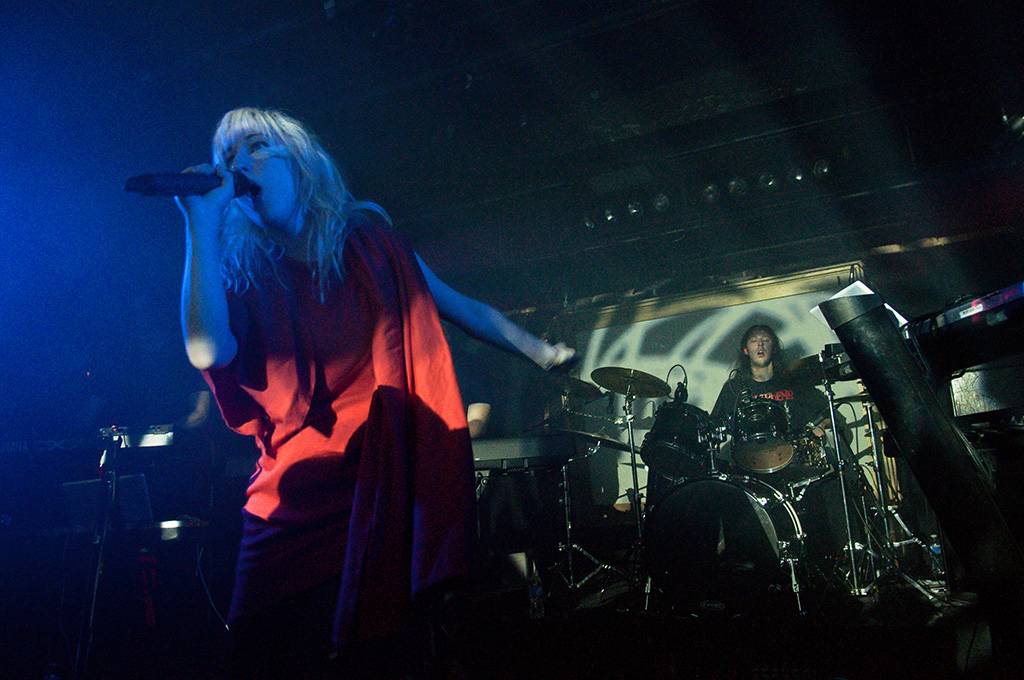 Review and photos–Zola Jesus at the Biltmore Cabaret, Vancouver, May 3 2011

Zola Jesus came out wearing a red-hoody/snood thing and immediately caught the audience’s attention. For the next 40-plus minutes, she easily held that attention. The small but forceful 22-year-old’s face was first covered by the hood, then by her hair, and she didn’t seem to be paying much attention to us anyway. At first.

Jesus, aka Nika Roza Danilova, let the power of her voice break through, explode, caress, pound the air while she stalked the stage and whipped around her left arm (she held a cordless mic in her right). At a particularly dramatic moment she lay on stage, then sat on her knees as she wailed operatically into the mic. Backing her were four musicians, including three guys on keyboards. But it was the dummer’s tribal beat that was the true partner to Danilova’s mad vocals; the synths were merely decoration, or background detail. 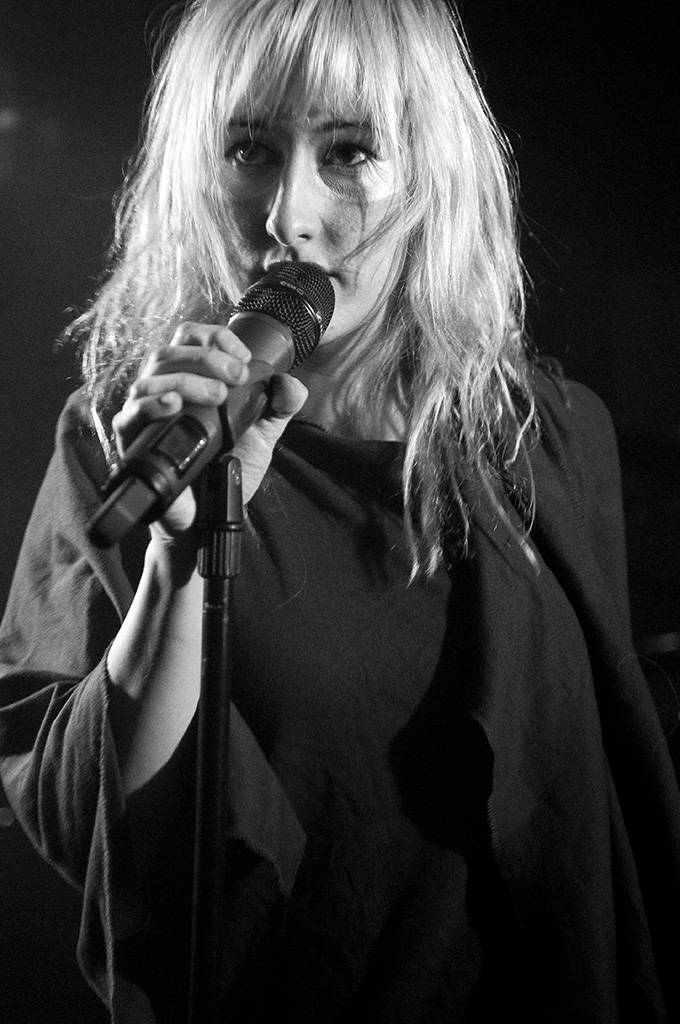 The songs, moor-bound and Gothic in sensibility if not sound, did threaten to blend into one another. “Sea Talk”, however, stood out. The track, which is off the most recent Zola Jesus EP Valusia, sets synth lines borrowed from Joy Division‘s “Atmosphere” against a martial beat and features the singer’s strongest, or perhaps simplest and most powerful, chorus. By the time that song came around, Danilova was engaging with the audience; making good use of the cordless mic, she eventually even waded onto the dancefloor.

According to Wikipedia, the witchy refugee from rural Wisconsin counts among her influences such avant-garde artistes as Diamanda GalÃ¡s, Lydia Lunch, Throbbing Gristle and Swans and is a fan of ’70s Italian horror movies. Zola Jesus has the voice, the stage presence and soon, I’m guessing, she’ll have the songs to bring her dark visions to a much wider audience.

2 responses to “Zola Jesus at the Biltmore Cabaret”