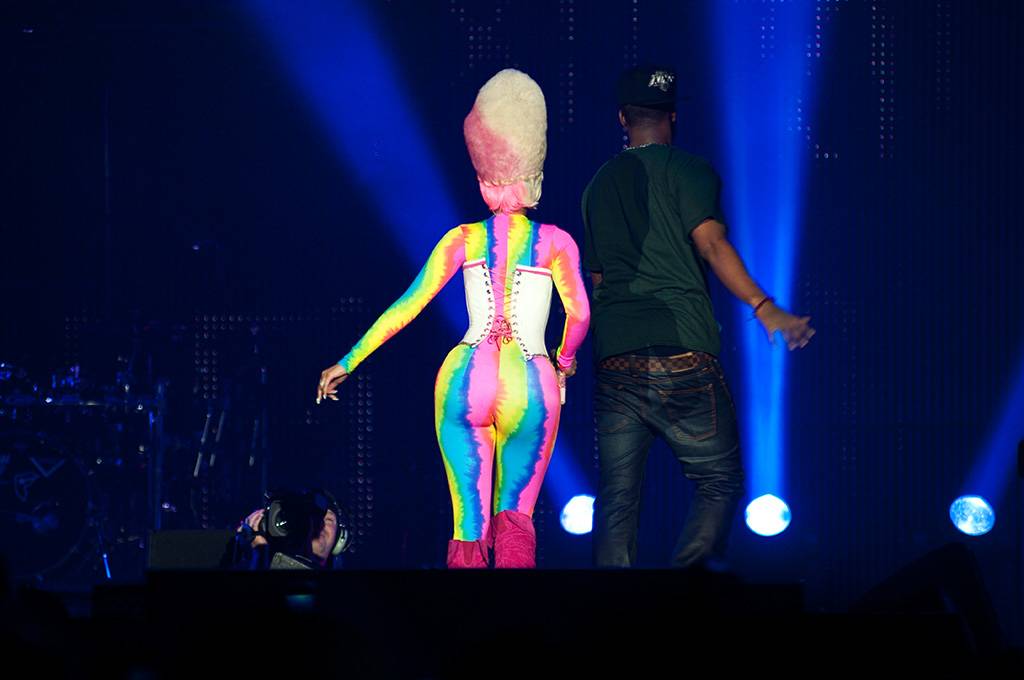 Nicki minaj at Rogers Arena, Vancouver, on the Lil Wayne I Am Still Music II tour.

Born Onika Tanya Maraj in Trinidad, Minaj grew up in Queens. According to Wikipedia, she was fired from Red Lobster because of her discourteousness to other customers.

She trained as an actress before releasing three mixtapes between 2007 and 2009 and signing to Lil Wayne‘s label Young Money Entertainment.

“Minaj sets a new standard for female rappers everywhere. Her unique style, which is is intentionally less sexual than most females in the hip-hop industry, along with songs that inspire strong female identity, have helped lead to her success. All of her dancers and her DJ were female and, as in a Broadway musical, they acted out different scenarios in extravagant outfits. 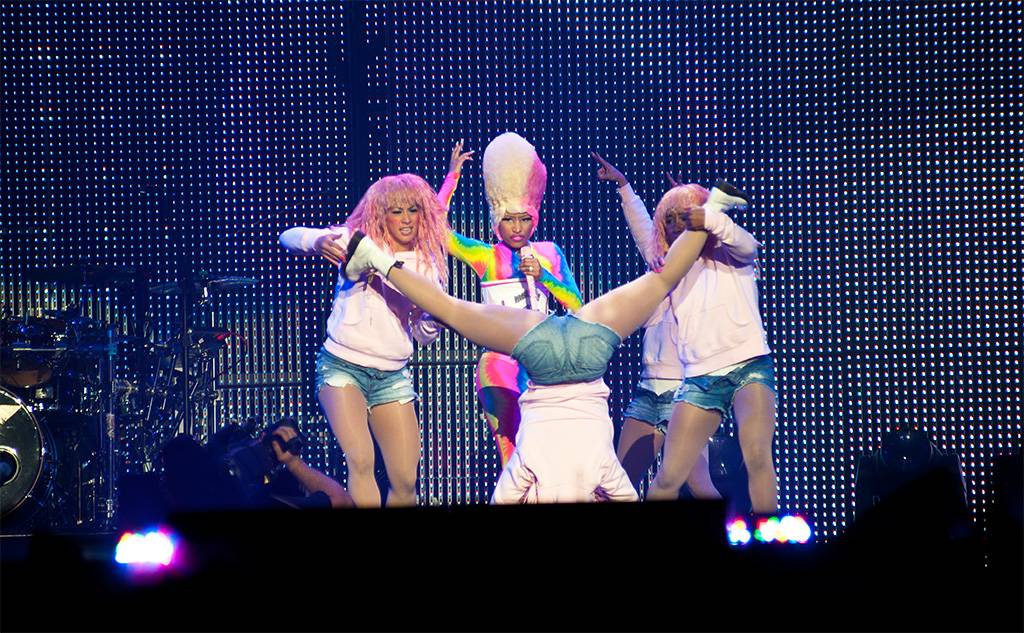