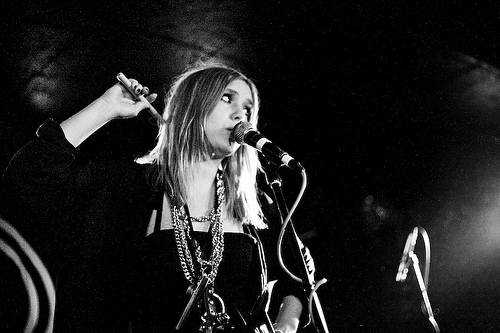 The video for Lykke Li‘s “Sadness Is A Blessing,” from her latest album Wounded Rhymes, has been released. Tarik Saleh, the same director behind Lykke Li’s “I Follow Rivers” clip, directed this one as well.

The video also features legendary Swedish actor Stellan SkarsgÃ¥rd, who has starred in many Lars Von Trier films as well as the Pirates Of The Caribbean series and Thor. Li herself puts in a great performance as a woman on the verge.

Watch ‘Sadness is a Blessing’ here: