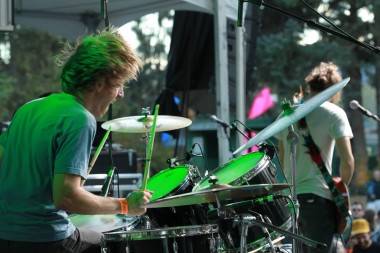 We Are the City have released the video for “Happy New Year”, the first of six clips (one for every song on the upcoming release High School) that have been filmed. The remaining five will be released in tandem along with “Happy New Year” once a series of advanced screenings take place.

The Kelowna group is also heading out on tour in support of High School, including a stop in Vancouver on April 2 at the Red Room.

We Are the City formed in 2008 and are known for an atmospheric progressive pop-sound on their debut LP In A Quiet World. In January 2010, the band earned a prize of $150, 000 after winning the PEAK Performance Project, a massive battle of the bands hosted by Vancouver 100.5 The PEAK.

We Are the City tour dates:

We Are the City concert photos: